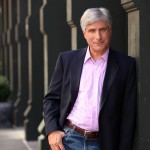 The Smithsonian Libraries will host international and New York Times bestselling author Steve Berry for a writer’s workshop at the Smithsonian’s National Museum of Natural History on October 18. The event is part of Berry’s History Matters Foundation, which raises funds for historic preservation and conservation projects around the world.

END_OF_DOCUMENT_TOKEN_TO_BE_REPLACED

I have background and work experience in both library and archival science – I’ve worked equally in both types of institutions and enjoy the hands-on, primary resources I find in archival work but the interaction, service, and reference I get from working in libraries. The AAPG Library’s Art & Artist File combine my love of primary documentation and reference work, and it is in this unique collection that I found a trove of original promotional materials for the short-lived Federal Art Project, the fine arts arm of the Works Project Administration.

END_OF_DOCUMENT_TOKEN_TO_BE_REPLACED

Digitization Dispatch: Selections from the Dibner Library of the History of Science and Technology 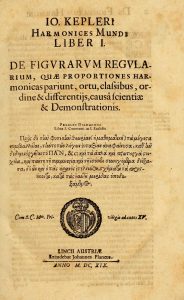 Greetings! The Smithsonian History, Art, and Culture digital collection recently added a number of titles from the special collections housed at the Dibner Library of the History of Science and Technology.

END_OF_DOCUMENT_TOKEN_TO_BE_REPLACED

Join Us for the Catesby Commemorative Trust Lectures! 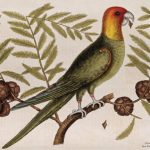 he Smithsonian Libraries, in conjunction with the National Museum of Natural History, will host a series of lectures on both Mark Catesby’s art and science on November 6.

END_OF_DOCUMENT_TOKEN_TO_BE_REPLACED

Over the past several years I’ve noticed a growing interest in wrought iron furniture- for both indoor and outdoor use, with people requesting information and images of furniture going back to the 30’s, 40’s, 50’s and 60’s. Is there is a retro revival going on? Are people restoring their old patio furniture or finding missing or replacement pieces at auctions and yard sales?

END_OF_DOCUMENT_TOKEN_TO_BE_REPLACED

In honor of the patriotic spirit of the Fourth of July, plus the gardening season that is upon us, we take a special look at victory gardens!

Though more known for their place in the Second World War, victory gardens (or war gardens as they were initially called) were first advocated during World War I. In addition to rationing other goods, citizens were urged to do their patriotic duty and grow their own vegetables, fruits and herbs at home in order to free up resources for the military. It was hoped that with more resources, the U.S. forces would have better success on the warfront.

END_OF_DOCUMENT_TOKEN_TO_BE_REPLACED

In this series on artists’ books at the AA/PG Library, we are starting off with Ed Ruscha, the American artist known primarily for his large canvas paintings that incorporate words or phrases.