Unearthed: Digging in to Vertebrate Paleontology 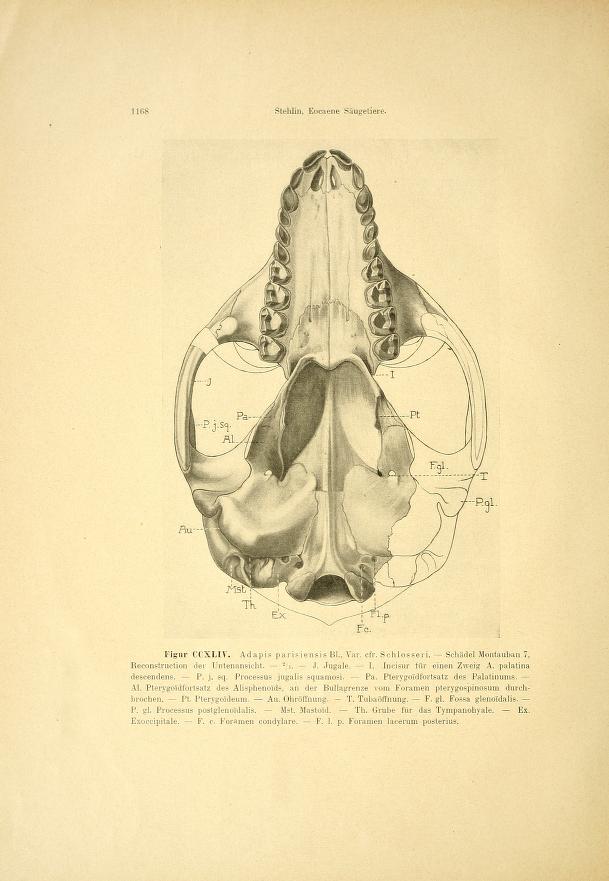 This blog post is part of a series from Smithsonian Libraries highlighting Unearthed, a new collection of paleobiology literature in Biodiversity Heritage Library curated by Smithsonian Libraries in celebration of the opening of the National Museum of Natural History’s David H. Koch Hall of Fossils – Deep Time exhibit. Follow the series throughout 2019 as Smithsonian scientists and librarians discuss the collection, identify their favorite books within it, and explain the importance of paleobiology literature in research today. This post was written by Bonnie Felts, library technician at the National Museum of Natural History Library.

I’m Bonnie Felts and I am a library technician for Smithsonian Libraries at the National Museum of Natural History Library. What most people don’t realize about our museum is that we actually have a total of 11 separate library locations, and I work with five of the collections. I am primarily responsible for the Vertebrate Paleontology library, which requires fielding reference questions, purchasing materials pertinent to the collection, and the overall care of the materials. Although, in numbers, the library is relatively small compared to other libraries in our building, it is one of the most comprehensive Vertebrate Paleontology literature collections in the world.

Vertebrate Paleontology concentrates on the biological history of animals with backbones that have been fossilized. The first thing people would think of when studying Vertebrate Paleontology would be dinosaurs! Yes, there are many publications about dinosaurs in our library, but we also have information about fossilized fish, mammals, birds, reptiles, and even humans. The scope of the collection includes systematic paleontology and paleozoology of chordates and vertebrates of the Paleozoic, Mesozoic, Tertiary, and Quaternary periods, as well as physical geography and stratigraphy.  Although much of the collection is very science based, we have also included books targeted towards non-scientists to assist the education programs supported by the National Museum of Natural History. We also select paleoart books, which give us a visual depiction of what prehistoric life was like when fossilized remains were alive through scientific evidence.

With the opening of the National Museum of Natural History’s David H. Koch Hall of Fossils – Deep Time exhibit this past June, the Smithsonian Libraries thought it would be ideal to also showcase the library collections that support scientists in their research and are available online through the Biodiversity Heritage Library. This is the greatest perk of having the Biodiversity Heritage Library available as a resource for our researchers, but it’s a free service available worldwide to anyone with an internet connection!

The Biodiversity Heritage Library (BHL) is an open access, multi-library collaboration that started at the Smithsonian. Although BHL covered a myriad of subjects in biodiversity, it did not originally include much literature in Paleobiology. As BHL continues to grow and expand its collection, so does the need to expand its subject areas. How did we get the animals we have today? What was their climate like thousands or even millions of years ago? The information that modern scientists are looking at today may have been rooted in what happened years before the existence of man or during the early years of humanity. It makes sense to include information about extinct animals and plants when looking at biodiversity.

One of the many interesting titles that the Smithsonian Libraries holds in the Vertebrate Paleontology library that is available on the Biodiversity Heritage Library is a series called Die Säugetiere des Schweizerischen Eocaens: Critischer Catalog der Materialien (in English “The Mammals of the Swiss Eocene: Critical Catalog of the Materials”). These books were written by the late 19th/early 20th century Swiss vertebrate paleontologist Hans Georg Stehlin (1870-1941) who spent his career at the Natural History Museum in Basal, and also published in the series Abhandlungen der schweizerischen paläontologischen Gesellschaft (Treatises of the Swiss paleontological society).

Stehlin is credited for creating the term “Grande Coupure,” translating literally to “great break,” which refers to a major extinction event when the Eocene epoch ended and the Oligocene epoch began around 33.9 million years ago. This extinction event coincided with a cooler climate that led to drastic changes in terrestrial flora and fauna in Eurasia, namely the extinction of many European vertebrates and the movement of Asiatic taxa to Europe. The book contains descriptions of fossilized bones and teeth from many European museum and university collections that Stehlin had studied.  The images contained within the volumes depict the teeth and bones of a wide range of Eocene mammals. This major study remains a classic reference for students of the evolutionary history of mammals.