A proposal to change publishing economics 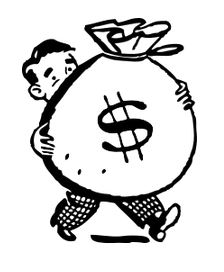 earlier this year called, “Disrupting the subscription journals’ business model for the necessary large-scale transformation to open access.” While the title may be a mouthful, the paper put forth a simple idea: That the total worldwide amount spent by libraries on subscriptions to scientific journals is enough to pay the article processing fees if all journals operated on an open access (OA) model. In other words, instead of libraries paying for science journal subscriptions, what if every institution instead diverted that money and used it for article processing fees (APC) for gold open access publishing on behalf of its scholars? (A useful comparison might be that instead of purchasing a car and paying the costs associated with ownership, you instead spent the money on taxis, uber, car rental, home delivery charges, etc.)

END_OF_DOCUMENT_TOKEN_TO_BE_REPLACED

At a recent Open Access Futures presentation, speaker Rick Anderson noted that the music industry has moved from selling CDs to selling individual songs and he wondered whether academic journals might do the same. In other words, what if libraries one day stopped subscribing to scholarly journals but instead bought individual articles one at a time, in response to immediate needs by researchers?

END_OF_DOCUMENT_TOKEN_TO_BE_REPLACED

The open access (OA) movement has a lot of moving parts. For example it has led some research funding agencies to mandate that research publications resulting from grants should be made publicly available. A recent memo from the White House Office of Science and Technology Policy requires federal science agencies to prepare a policy for making the published results of scientific research available to the public. The Smithsonian Institution is now working to formalize its policy.

END_OF_DOCUMENT_TOKEN_TO_BE_REPLACED

The evaluation of research quality is a task which is attracting attention as the world turns more and more to evidence-based decision making. The work of scientists and historians are regularly reviewed by institutional administrators to ensure a high quality of scholarship and to determine where to deploy scarce resources. One of the most relied-upon components of research assessment is the review of publications authored by a particular scholar. And although publications are difficult to objectively evaluate, the standard method for many years was to use the journal impact factor. This method measured the number of times the articles from a particular journal were subsequently cited by other publications, for which a numeric score was assigned to the journal. It soon became prestigious for scholars to have their papers published in a journal with a high impact factor.

END_OF_DOCUMENT_TOKEN_TO_BE_REPLACED

As a page is opened, a tab attached to the facing page, allows the layers of figures in the adjacent page to automatically pop-up. These Panorama Picture Books were popular and were widely marketed in England and America by Dutton.

END_OF_DOCUMENT_TOKEN_TO_BE_REPLACED

All the News That’s Fit to Print …

The first issue of what would become The New York Times was published on September 18, 1851. The newspaper’s founders, Henry Jarvis Raymond and George Jones, initially titled their publication The New-York Daily Times.

END_OF_DOCUMENT_TOKEN_TO_BE_REPLACED

In Dean’s New Book of Dissolving Views, the scene changes on the page surface as a venetian blind slat mechanism moves into place as the tab is activated.