Viewing the Universe from the Dibner Library 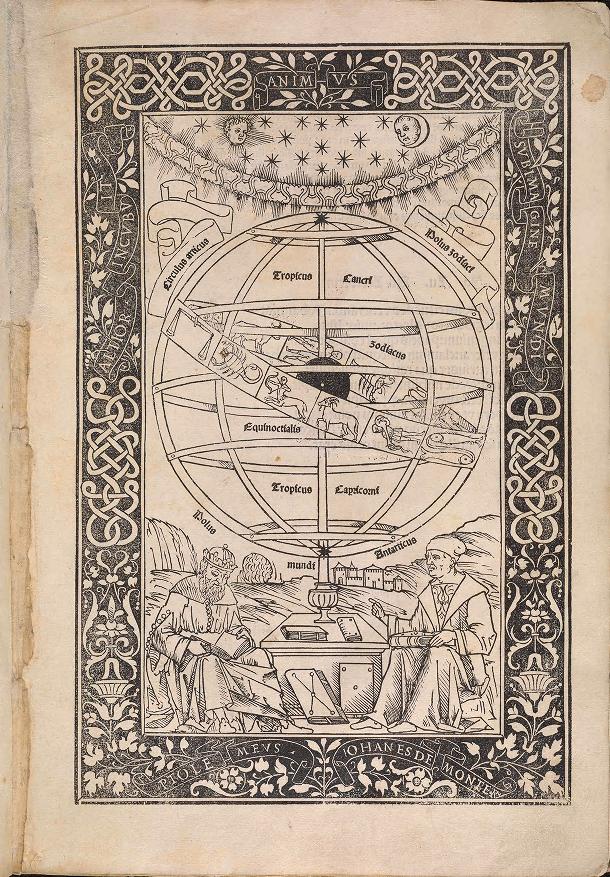 The Dibner Library of the History of Science and Technology was created from a gift by Bern Dibner, electrical engineer, inventor, collector, and science historian. At the heart of this collection are Dibner’s “Heralds of Science” ,  200 seminal works that Dibner himself believed marked significant scientific advancement in their respective fields. One area that is particularly fascinating is the astronomy section.
The seventeen astronomical titles included in “Heralds” represent centuries of knowledge on the subject and each has shaped the way we think of the universe today.  All have been digitized and are available in our digital library so that historians of science and amateur star gazers alike can peruse them and find inspiration.

Almagestum
The earliest work in the collection is this piece from 1496, though it explains theories that were centuries old.  In the second century A.D., the Greek philosopher Ptolemy wrote his Almagest – a great treatise on mathematics and astronomy. Over a thousand years later, Regiomontanus (Johannes Müller von Königsberg, 1436-1476) abridged the text to create this astronomy primer, spreading the understanding of planetary motion to a new generation of budding astronomers.

Narratio prima
Known  as the “Narratio prima”, this was the first appearance in print of Nicolaus Copernicus’s revolutionary idea of placing the Earth at the center of the solar system – heliocentrism. It was an abstract of Copernicus’s work written by Georg Joachim Rhäticus (1514-1576) and serves as a philosophical introduction to the 1543 volume De revolutionibus orbium coelestium.

Sidereus nuncius
For many, the term “astronomer” instantly conjures Galileo Galilei (1564-1642), the man who faced the Roman Inquisition for defending the new radical ideas of heliocentrism. In 1610, after Galileo first turned the newly invented telescope to the heavens, he published his new discoveries in this volume.

Principia
Many consider this work by Sir Issac Newton (1642-1727) to be the most significant book in the history of science. In it, he describes his theory of universal gravitation which put the new discoveries of Copernicus, Kepler, and Galileo on solid physical grounds.

Mouvement diurne de la terre
Léon Foucault (1819-1868), a French physicist, demonstrated the rotation of the earth through the use of the now-famous Foucault pendulum experiment (a notable example once swung in the National Museum of American History) . This copy is one of a few specially printed for presentation by the author.

These items, along with the other dozen astronomy books in the Heralds of Science, and many more astronomical texts may be found in the Astronomy section of our Digital Library. Take a look and see what kind of new discovery you will make – just in time for International Astronomy Day on Saturday, April 25th!