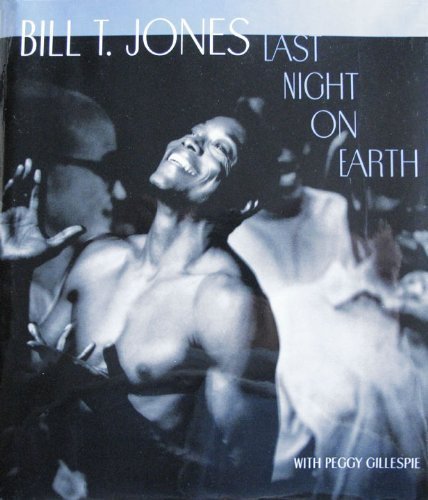 This year is Smithsonian Libraries is celebrating 50 years as  a unified system. While each museum has (at least) one library dedicated research material on items related to the museum’s collection; as a branch system, The Libraries’ help researchers explore any part of a question that interests them. This sounds pretty straightforward, but what does it look like in real life? To find out, this post explore how one item from a museum’s collection can be researched across several of our library branches. Our example:  Bill T. Jones (1985),  a  portrait of the choreographer by Robert Mapplethorpe. This work is on view in the Recent Acquisitions exhibition at the National Portrait Gallery.

But before we begin, we need a little context.

The Subject: Over a decades-long dance career, Bill T. Jones has become one the leading lights of the dance world. In the early 80’s he founded the Bill T. Jones/Arnie Zane Company whose work combines dance with social commentary. In 2007, he won the Tony for the Best Choreography for Spring Awakening. He’s most widely known as the creative force behind the musical Fela!. Jones directed the show; wrote the book; and created its choreography.

The Artist: Jones was photographed by the visual artist, Robert Mapplethorpe. Though he worked in sculpture and painting, Mapplethorpe is best known for his photography, particularly his sexually charged photos of gay men in the 1970s and celebrity portraits in the ‘80s. For his last works, the artist turned the camera on himself, documenting his own physical deterioration from AIDS.

The Connections: Jones and Mapplethorpe were both gay men living and working in New York City during the 1980s and the height of the AIDS crisis. Neither shied away from incorporating the controversial subject matter of their experiences into their art. Also, the life and work of both artists provides numerous opportunities for research. That’s where the Libraries come in. At the Smithsonian Libraries, with branches supporting every museum, an interested researcher could investigate almost any question this portrait sparks.

The Research: If you wanted to learn about Bill T. Jones, himself; visit the American Art and Portrait Gallery Library for biographies, such as Last Night on Earth: Bill T. Jones with Peggy Gillespie, or Story/Time: the Life of an Idea. In the later, which was published as an accompaniment to Jones’s recent dance composition of the same name, Jones looks back on his life and his work through a series of vignettes. Researchers can also gain more understanding of what it means to be black and gay in the US through In the Life: a Black Gay Anthology which you can access through the Anacostia Community Museum Library. They can also learn more about modern dance and contextualize Jones’s work with the help of The Rise and Fall and Rise of Modern Dance, available at the National Museum of American History Library.

Similarly, to research Robert Mapplethorpe, you could start with one of photographic monographs like Mapplethorpe Portraits: photographs by Robert Mapplethorpe, 1975-87. This book is part of the collection at the Hirshhorn Library. For both you can read up on the AIDS crisis  in the US with Bearing witness : Gay Men’s Health Crisis and the politics of AIDS  and Infectious Ideas: U.S. Political Responses to the AIDS Crisis; these books are also in the National Museum of American History Library.

These are just a few ways you could utilize the Libraries to investigate a research question related to this portrait of Bill T. Jones. Hopefully, this demonstrated the many ways diversity within our collections as well as the way Smithsonian Libraries supports collection research. What kind of research would you like to do? If you need help on the first steps, you can always AskALibrarian!