The Bamboo Expert Who Rediscovered a Missing Grass 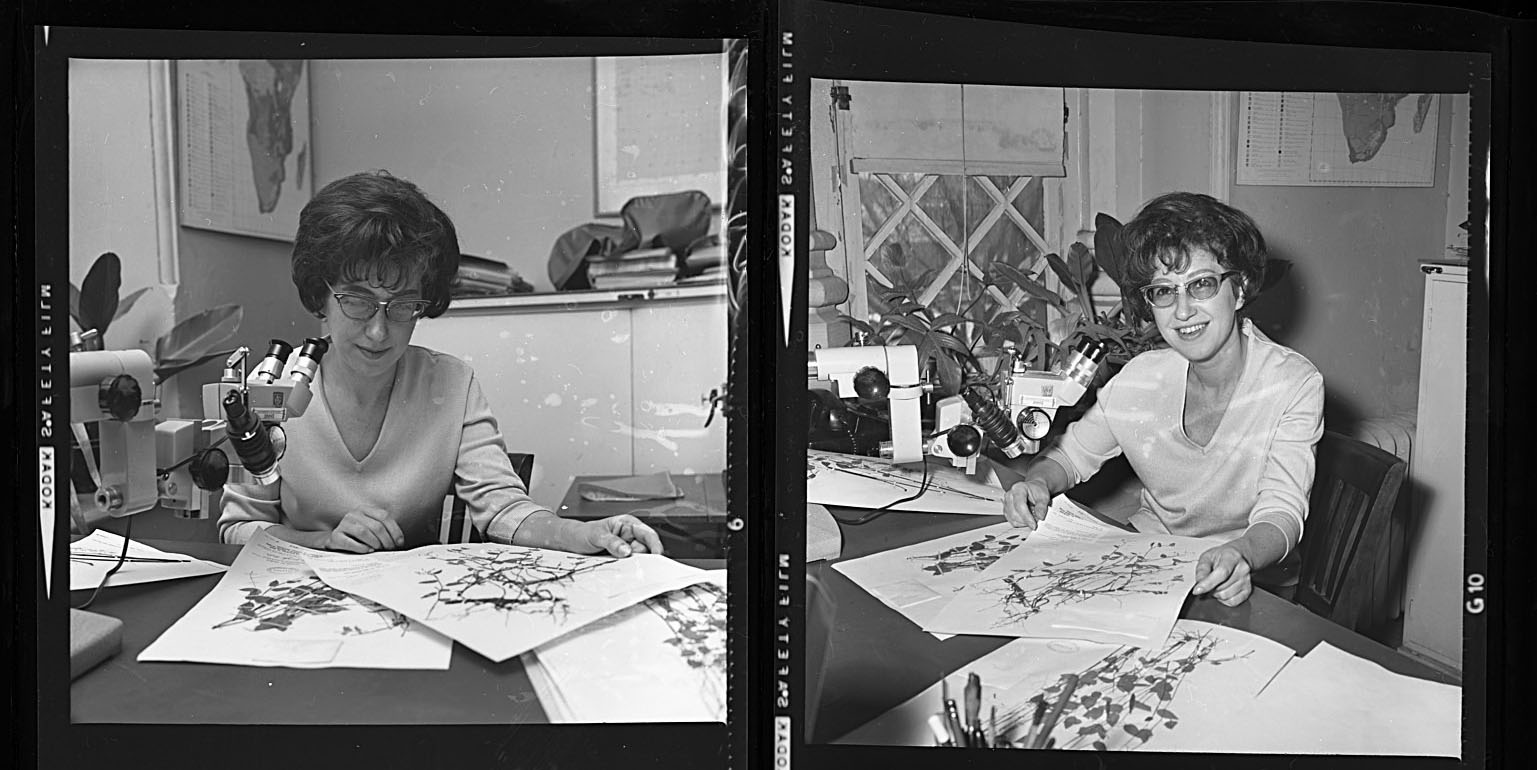 Argentine grass expert Dr. Cleofé E. Calderón (1929-2007) collected species, published descriptions of rare and unusual plants, and led workshops that helped shape the field of bamboo taxonomy. Affiliated with the Smithsonian for much of her agrostology career, Dr. Calderón’s legacy can be traced in collections across the Institution, including publications, field books, and photos in Smithsonian Libraries and Archives.

Dr. Calderón was a botanist from the University of Buenos Aires who came to the Smithsonian Institution to study bamboo.  In the 1960s she visited Washington, D.C. and stopped by the U.S. National Herbarium in the Department of Botany at the National Museum of Natural History. The connections she made during that visit led to a close working relationship with Curator of Grasses, Dr. Thomas R. Soderstrom.

With support from several Smithsonian offices and the National Geographic Society, Dr. Calderón traveled worldwide to research and collect specimens. Her work had a special focus on Central and South America, particularly Brazil. In 1976, she and colleagues spent ten weeks studying and collecting bamboo in the Mata Atlântica forest of eastern Brazil, an area known for its plant diversity. It was during this trip that Dr. Calderón made one of her most important botanical discoveries–observing and collecting Anomochloa, a genus of grass that scientists had not seen living since the 19th century.

Dr. Calderón’s field books in our Smithsonian Institution Archives help us understand what she saw during her travels. These 17 field books created between 1967 and 1981 provide context for the many specimens she observed and collected. Her detailed notes were part of her thorough documentation process, which also included capturing photographs with two cameras. Dr. Calderón recorded taxonomic names of specimens, temperatures, altitude/elevation, flowering, and inflorescence. In 2019, Smithsonian Transcription Center volunteers helped transcribe Dr. Calderón’s field books to make them even more useful to modern researchers.

During her work with the National Museum of Natural History, Dr. Calderón contributed about 1,000 plant specimens to the U.S. National Herbarium and was known for her thoroughness and high-quality pressings. Many have been digitized and are available through the Smithsonian’s Collection Search Center. According to her obituary in Bamboo Science and Culture, her specimens “are of great significance to grass systematics due to both their quality and the large number of novelties represented among them.”

Dr. Calderón also shared her research by co-authoring a number of publications, including two titles in the Smithsonian Contributions to Botany series, available in the Biodiversity Heritage Library.  Both “Morphological and Anatomical Considerations of the Grass Subfamily Bambusoideae Based on the New Genus Maclurolyra” (1973) and “The Genera of Bambusoideae (Poaceae) of the American Continent: Keys and Comments” (1980) were written with long-time collaborator Thomas Soderstrom.

Dr. Cleofé Calderón left the field of botany in 1985 and began working for a bibliographic service. By then, she had named 18 grass and bamboo species. In addition, one genus of ornamental grass, Calderonella, was named in her honor by Soderstrom and Henry F. Decker. Her specimens, field books, and publications continue to lend valuable insight to modern researchers.

Calderón, Cleofé E. and Thomas R. Soderstrom.  “The Genera of Bambusoideae (Poaceae) of the American Continent: Keys and Comments” , Smithsonian Contributions to Botany, No. 44 (1980).

Calderón, Cleofé E. and Thomas R. Soderstrom.  “Morphological and Anatomical Considerations of the Grass Subfamily Bambusoideae Based on the New Genus Maclurolyra” Smithsonian Contributions to Botany, No. 11 (1973).

Soderstrom, Thomas R. and Henry F. Decker “Calderonella, a New Genus of Grasses, and Its Relationships to the Centostecoid Genera”, Annals of the Missouri Botanical Garden, v. 60 (1973).