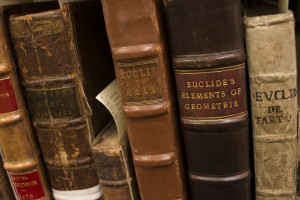 Margery and Edgar Masinter pledged $75,000 to add to their endowment which supports acquisitions, preservation, and digitization at the Cooper-Hewitt National Design Library. Margery is an emeritus member of the Libraries Advisory Board and is an active volunteer at the Cooper-Hewitt. Edgar, an alumnus of the Smithsonian National Board, now serves as a Smithsonian American Art Museum Commissioner.

The Lee & Juliet Folger Fund made a $25,000 gift to support our exhibition, Fascinating, Endangered RHINO. This exhibition, displayed in one of the Folger Exhibition Cases on the ground floor of the National Museum of Natural History, will be available for viewing unitil May 2013.

Longtime Smithsonian employee (and recently retired), Ruth Osterweis Selig, provided $50,000 to establish the Rollyn Osterweis Krichbaum Memorial Program Endowment for the Public Understanding of African Art and Culture at the Warren M. Robbins Library, National Museum of African Art. Ruth established this endowment to honor the career of her late identical twin sister Rollyn who also spent her career in museums, working as editor at the Detroit Institute of Art. Ruth continues her involvement at the Smithsonian as a research collaborator in the Department of Anthropology, serving as co-editor of the publication AnthroNotes and as assistant editor of the National Museum of Natural History Director’s newsletter, Newsflash.

Dr. Jonathan Singer has given us a unique, over-sized, portfolio version of his book Bonsai: Art & Nature (Abbeville Press, 2012). With unprecedented access to public and private collections in the Japan and the U.S., Dr. Singer combined his interest in botany and horticulture with his technical and aesthetic expertise to produce stunning photographs of some of the most extraordinary bonsai in the world. Printed by a chromogenic process, the images take on a three-dimensional appearance that accentuates both their beauty and their usefulness as documentation of this specialized subject.