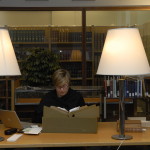 The Smithsonian Libraries will award grants to Dibner Library Resident Scholars and Baird Society Resident Scholars for the 2014 calendar year. These competitive short-term grants are offered for one to six months to historians, librarians and bibliographers, as well as predoctoral and postdoctoral students, with an approved research project.

Dibner Library Resident Scholars use the collections of the Dibner Library of the History of Science and Technology in the National Museum of American History. The Dibner Library specializes in the physical sciences and technology and holds more than 25,000 rare books and 10,000 manuscripts covering a wide variety of subject areas and time periods, particularly in mathematics, astronomy, classical and Renaissance natural philosophy, theoretical physics, experimental physics, engineering and scientific apparatus and instruments. The collections range from early printed works of ancient Greek and medieval scholars through the Renaissance and Early Modern eras up through the 19th century. There are significant works by Aristotle, Euclid, Ptolemy, Galileo, Descartes, Newton and many others. This award is supported by the Frances K. Dibner Fund. 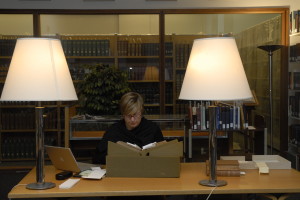 Baird Society Resident Scholars will use other Libraries’ Special Collections located in Washington, D.C., and New York City. Included are 19th- and early 20th-century World’s Fairs printed materials; manufacturers’ commercial trade catalogs, numbering more than 480,000 pieces and representing 30,000 companies from the 1840s to the present; natural-history rare books; the air and space history special collection for the study of ballooning, rocketry and aviation from the late 18th to the early 20th centuries; James Smithson’s library; and European and American decorative arts, architecture and design publications, which span the 18th to the 20th centuries. This award is supported by the Smithsonian Libraries Spencer Baird Society.

The deadline for applications to the 2014 resident scholar programs is March 15. For application materials and further information about the Libraries’ Special Collections visit http://library.si.edu/fellowships or e-mail SILResidentScholars@si.edu.