Authors of fiction at the Smithsonian 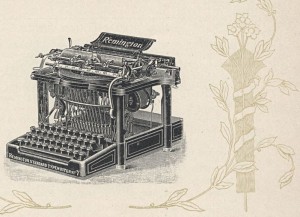 The post was written by Gil Taylor and Keri Thompson and was originally featured on our Tumblr page.

Last year, our reference team received an interesting query from a student of cultural anthropology wanting ”to find out if any of the Smithsonian employees have published a work of fiction?”

Boy, and have they! In case you needed some end-of-summer reading suggestions, here is a list of fiction works by former or current Smithsonian staff compiled by Gil Taylor, NMNH Librarian.(current as of February, 2013.)

Harrison Gray Dyar (former “Honorary Custodian of Lepidoptera” at the U.S. National Museum) wrote many short stories in the Bahá’í journal Reality as well as the novel Diamonds going and coming,