The Smithsonian will soon develop procedures for complying with the White House Office of Science and Technology Policy’s directive on public access to federally funded research. That means that most papers authored by Smithsonian staff and affiliates will be made available to the public at no charge, some after an embargo period. There are several methods being developed by other federal agencies to meet this requirement and the Smithsonian has kept abreast of these policies. But aside from the White House mandate, it is clear that Smithsonian authors are increasingly making their scholarship freely available via publishing with an open access (OA) publisher. On average, there are about 350* OA papers published each year by Smithsonian scientists. This represents nearly 15% of research output.

END_OF_DOCUMENT_TOKEN_TO_BE_REPLACED

There are only a few days left in National Bike Month but we couldn’t let May pass without sharing a few of the fabulous bicycle-related resources available from the Smithsonian Libraries. National Bike Month, established in 1956, is sponsored by the League of American Bicyclists. It promotes the benefits of bicycling and encourages more folks across the country to give it a try.

END_OF_DOCUMENT_TOKEN_TO_BE_REPLACED

2015 marks the 100th anniversary of the Panama–Pacific International Exposition, held in San Francisco, between February 20 and December 4 in 1915. Its ostensible purpose was to celebrate the completion of the Panama Canal, but it was widely seen in the city as an opportunity to showcase its recovery from the 1906 earthquake. The fair was constructed on a 635 acre (2.6 km2) site in San Francisco, along the northern shore now known as the Marina District.

END_OF_DOCUMENT_TOKEN_TO_BE_REPLACED

More Than Pictures of Lizards: The Value of Librarians and In-Person Instruction 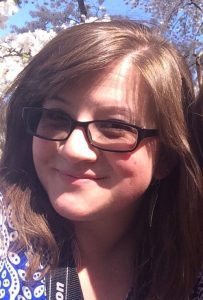 This post was written by Kendra Hurt, an Instructional Design Intern at the Biodiversity Heritage Library & Smithsonian Libraries. Kendra is graduating this May from the University of Maryland with a Master of Library Science.

This semester I have worked with Bianca Crowley and Trina Brown as an Instructional Design intern, and I’ve been creating videos, writing instructions, and conducting sessions on using Prezi and how to search the Biodiversity Heritage Library (BHL) via advanced search.

END_OF_DOCUMENT_TOKEN_TO_BE_REPLACED

The blog post, last of three, was written by Xavier Courouble, research assistant for Sailors and Daughters: Early Photography and the Indian Ocean, an online exhibition part of the Smithsonian’s National Museum of African Art’s Connecting the Gems of the Indian Ocean: From Oman to East Africa.

Charles Guillain’s three-volume work, Documents sur l’histoire, la géographie, et le commerce de l’Afrique orientale and the accompanying atlas folio of lithographs and map engravings, Voyage à la côte orientale d’Afrique give an account of travels undertaken in a pre-colonial context, where European explorers politically and logistically depended on the African inhabitants and sovereigns they encountered in Africa. The interactions experienced by Guillain and his African counterparts allowed for a reaffirmation of exploration as an encounter and a partnership rather than as an unequal confrontation constructing insurmountable otherness.

END_OF_DOCUMENT_TOKEN_TO_BE_REPLACED

“It shows no signs whatever of the rough handling that it has received at the hands of our pupils who have used it continuously for practicing and evening amusement.” That was how J. W. Hill, M.D. described the durability of the piano purchased for Bishop Scott Academy in Portland, Oregon.

END_OF_DOCUMENT_TOKEN_TO_BE_REPLACED

The Smithsonian Libraries Book Conservation Lab would like to extend a warm spring welcome to Jennifer Jarvis, who will be joining Preservation Services as a book conservator.