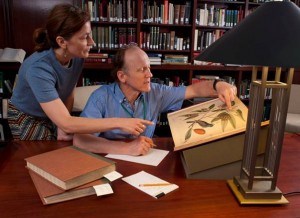 The Smithsonian Libraries, situated at the center of the world’s largest museum complex, is a vital part of the research, exhibition, and educational enterprise of the Institution. The Libraries offers exceptional research resources ranging from 13th-century manuscripts to electronic journals. We are happy to offer the following fellowship opportunities for the 2016-2017 academic year.

The Dibner Library Resident Scholar Program:  $3,500 per month for up to six months for individuals working on a topic relating to the history of science and technology who can make substantial use of the Dibner Library’s Special Collections in Washington, D.C. Doctoral students and post-doctoral scholars are welcome to apply. The Dibner Library of the History of Science and Technology has manuscripts and rare books dating primarily from the 15th to the 19th centuries. Collection strengths are in the fields of mathematics, astronomy, classical natural philosophy, theoretical physics (up to the early 20th century), experimental physics (especially electricity and magnetism), engineering technology (from the Renaissance to the late nineteenth century), and scientific apparatus and instruments.

The Margaret Henry Dabney Penick Resident Scholar Program: $45,000 for nine consecutive months to support scholarly research into the legacy of Patrick Henry and his political circle, the early political history of Virginia, the history of the American Revolution, founding era ideas and policy-making, as well as science, technology, and culture in colonial America and the Early National Period. Available to post-doctoral scholars only. Senior scholars are particularly encouraged to apply.

The deadline for all programs is January 15, 2016 for appointments between September 1, 2016 and August 31, 2017. Fellowship recipients are expected to be in residence during their appointments. For further information about the Smithsonian Libraries’ Resident Scholar Programs listed above, including application information, please visit our web site: http://library.si.edu/fellowships.