Soldini’s Commentary on the Souls of Animals

The title of the book De anima brutorum commentaria by Francesco Maria Soldini translates to Commentary on the Souls of Animals in English and the text is about exactly that topic. When it came to the Joseph F. Cullman 3rd Library of Natural History in 2015, it was a rather unusual and curious addition to the collection. Written by a Carmelite monk, it combines zoology with mythology and the philosophies of Aristotle, Kant, Leibniz, Condillac, and Maupertuis. It is unclear, however, if the subject of the text is what landed the book onto the Index Librorum Prohibitarum, the list of books banned by the Roman Catholic Church, or if the illustrations are to blame. 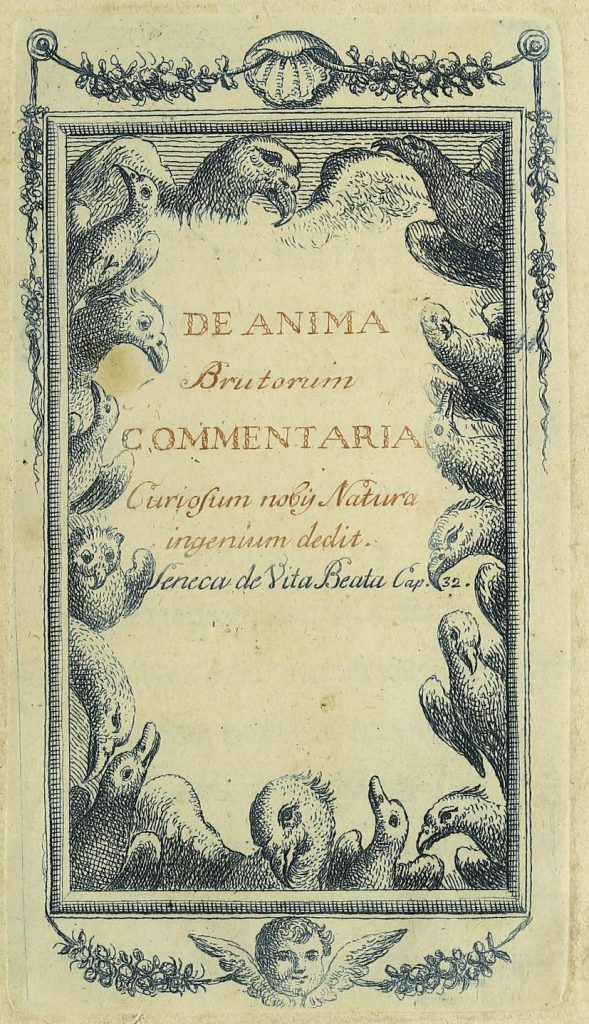 There is great interest in the remarkable color engravings, printed in blue in this copy (sienna and/or red, in others), which recent historians of science have interpreted as the earliest graphic representations of the theory of evolution, almost 100 years before Darwin’s publication on the subject (On the origin of species, 1859). The plates depict bizarre prehistoric creatures, all kinds of birds and mammals (including a rhinoceros based on Dürer), an ape standing upright with human features, and most significantly two instances of shellfish and amphibians emerging from the sea onto land. 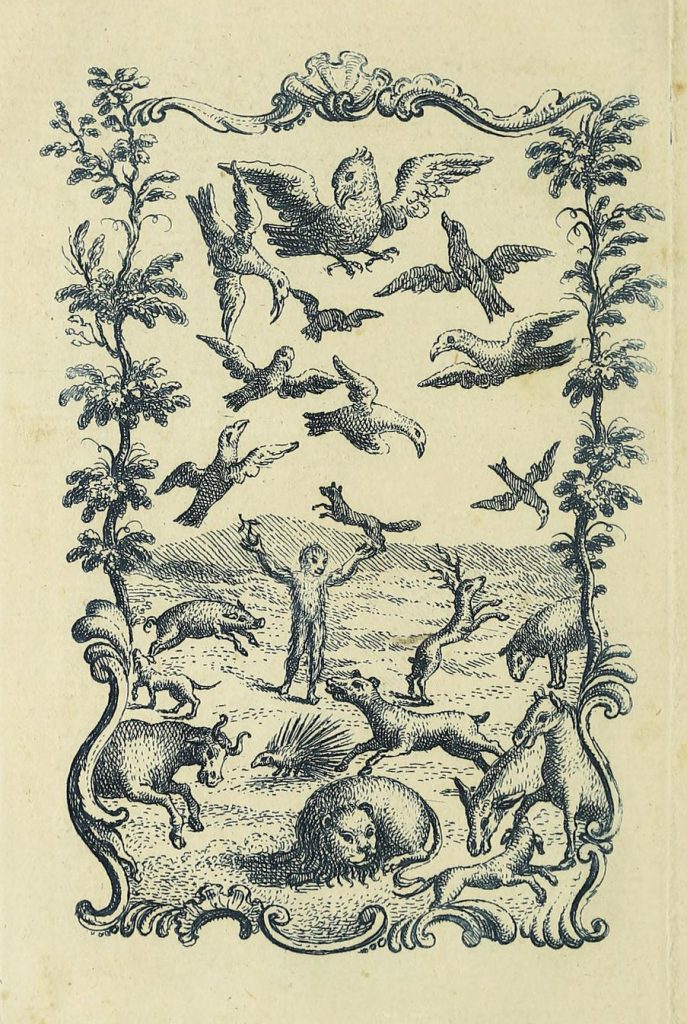 Fausto Barbagli, Curator at the Natural History Museum in Florence, argues in Nature (no.462, Nov.2009, p.289) that the plates in Soldini’s book illustrate the “Neptunian” theory of earth history, as explicated by Benoît de Maillet in his book Telliamed (circulated in manuscript for decades before its posthumous publication in 1748), which holds that life on Earth originated in the oceans in the form of aquatic organisms from which all terrestrial plants and animals were derived. The Cullman Library holds Telliamed in an English translation, 1797.

A second intriguing aspect of the Soldini plates is that they bear little if any relation to Soldini’s text. Barbagli notes that “many of the animal pictures are taken from the wood engravings [sic] of other treatises on zoology, such as those by the sixteenth-century naturalists Ulisse Aldrovandi and Conrad Gesner, which are not cited by Soldini. It is therefore likely that the plates were added separately to decorate the book….” The fact that Cambiagi, as the publisher, chose to insert the plates apparently without consultation with Soldini is fascinating in terms of book production and publishing history. But more importantly from the scientific point of view, as Barbagli goes on to say, the plates themselves “demonstrate the extent to which evolutionary ideas were in circulation during the Enlightenment,” endowing this little-known work with particular scientific significance. 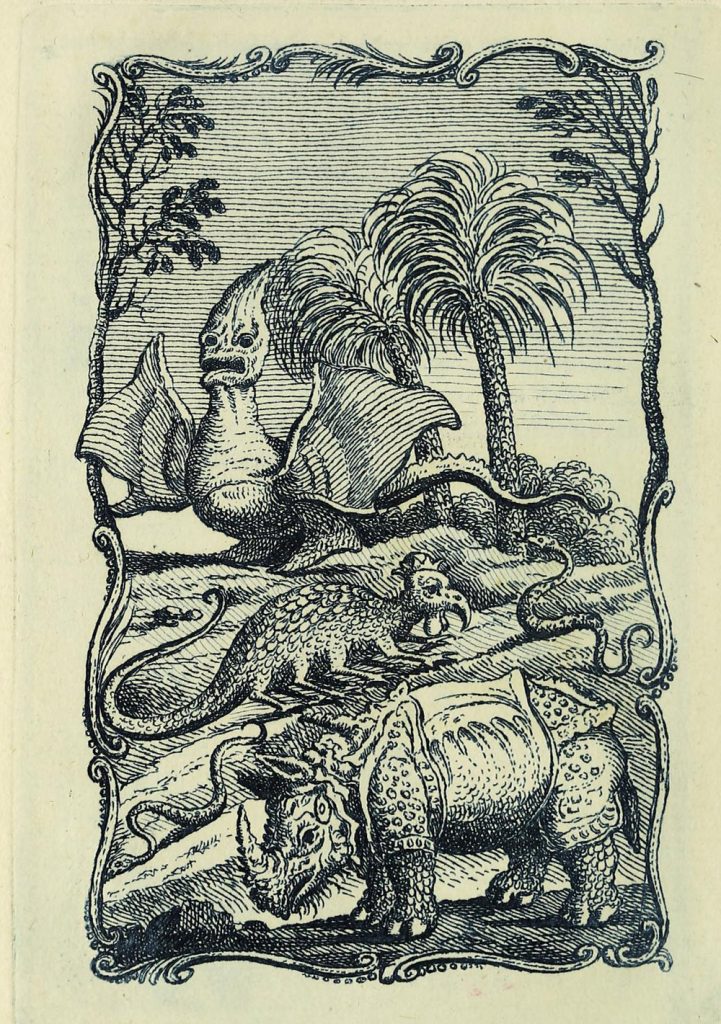 Copies of the book vary in their coloring and in the positioning of the plates: in some copies the plates are printed in sienna rather than blue as here, and although seemingly intended to be placed at the front of each chapter (although they bear almost no relation to the text) they are sometimes all bound at the end of the volume. This copy’s plates are described as particularly strong impressions. The book’s title page and elaborate historiated initials – usually landscapes with human figures – are also color-printed in blue, sienna, and/or red, and the text is printed throughout with a decorative rococo border.

Scientific and historical merit aside, the plates also have undeniable aesthetic value, illustrating real and fantastical animals side by side in scenes that are a bit more dream-like than your average scientific illustration. You can explore the full work for yourself in the Biodiversity Heritage Library.