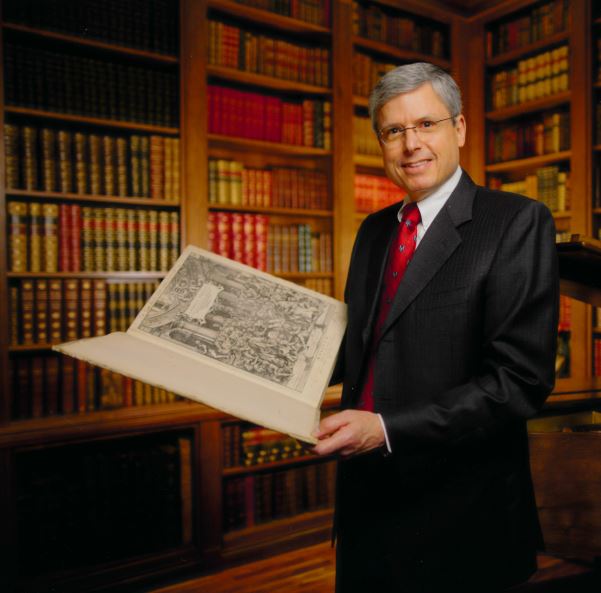 In this talk, Dr. Fye will discuss medical book collecting from the perspective of a bibliomaniac who developed a passion for historical research and writing four decades ago. He will describe some medical bibliophiles who contributed to scholarship during the last quarter of the nineteenth century and first half of the twentieth and will consider forces that have transformed book collecting during the past half century. Finally, he will touch upon some of the challenges confronting current-day medical book collectors and the implications they have for scholarship and for the development of special collections housed in institutional libraries.

This event is free and open to the public. Please RSVP to reserve your seat.

W. Bruce Fye received his BA and MD degrees from Johns Hopkins, where he was elected to Phi Beta Kappa and Alpha Omega Alpha. He completed a medical residency at New York Hospital-Cornell Medical Center in Manhattan before returning to Hopkins for his cardiology fellowship. During his tenure as a Robert Wood Johnson Clinical Scholar at Hopkins, he received an MA degree from the Institute of the History of Medicine. He chaired the Cardiology Department at Marshfield Clinic in Wisconsin from 1981 to 1999 and joined the Mayo Clinic in 2000.

Fye has authored more than 100 historical and biographical articles and three books. The Development of American Physiology: Scientific Medicine in the 19th Century was published in 1987. His 1996 book American Cardiology: The History of a Specialty and Its College won the prestigious Welch Medal of the American Association for the History of Medicine. Oxford University Press published Caring for the Heart: Mayo Clinic and the Rise of Specialization in 2015. He was the Senior Historical Consultant for the 2018 Ken Burns film The Mayo Clinic: Faith, Hope, Science.

Fye is a past president of the American College of Cardiology, the American Association for the History of Medicine, and the American Osler Society. In addition to being a cardiologist at the Mayo Clinic, he was the founding director of the institution’s W. Bruce Fye Center for the History of Medicine. He is now an emeritus professor of medicine and the history of medicine at Mayo Clinic, having retired in 2014. He met his wife Lois in high school. They have two daughters and five grandchildren.

Learn more about us and our collections.
END_OF_DOCUMENT_TOKEN_TO_BE_REPLACED