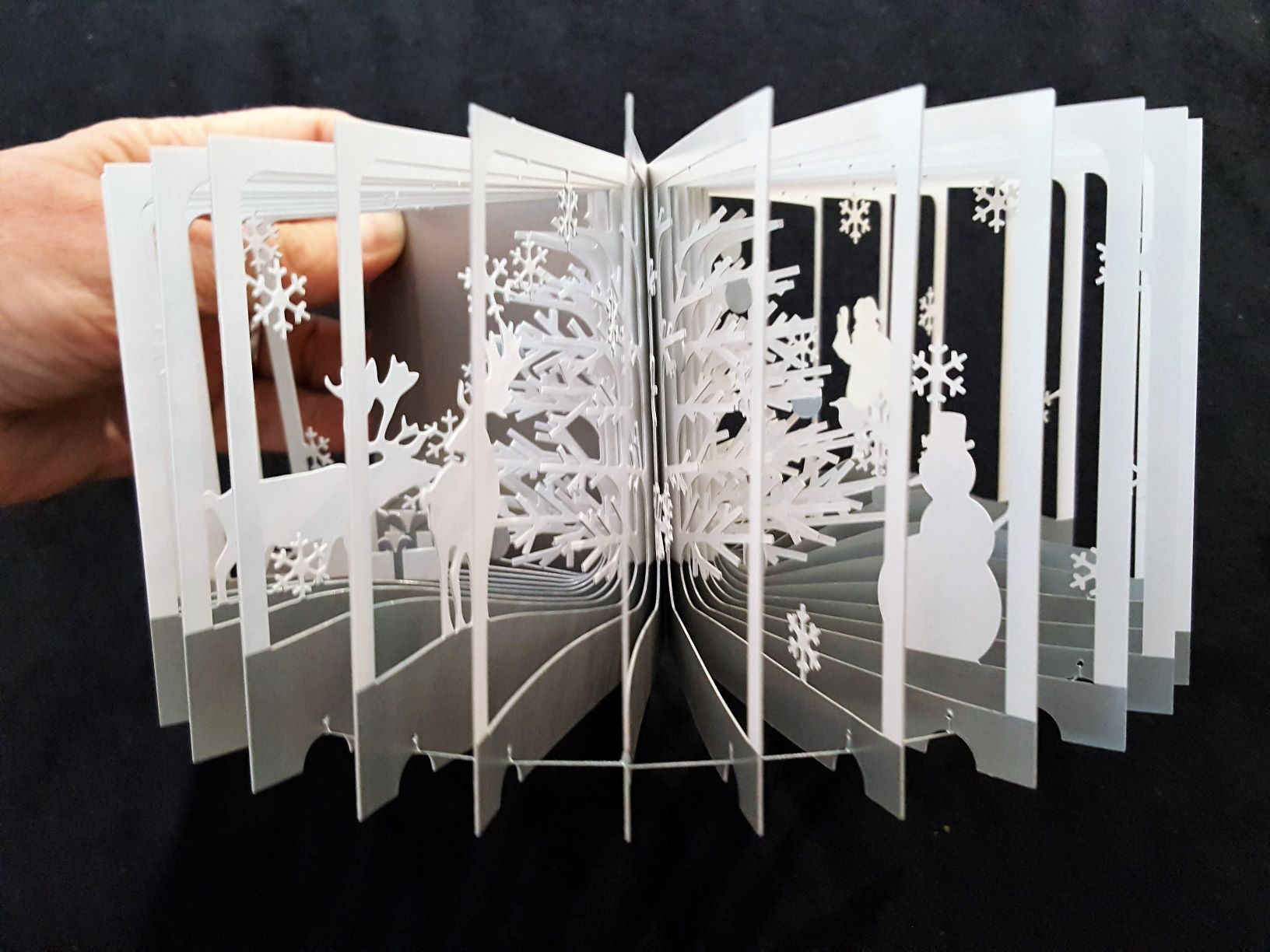 The Cooper Hewitt, Smithsonian Design Library has nearly 2,000 movable and pop-up books, that are made with a variety of paper construction types and mechanisms that control the movement of the action on the pages. One type of movable book form is a carousel book. A carousel looks like an ordinary flat two dimensional book, but when opened, it unfolds into a 360 degree circle when stood upright.

A carousel book becomes a three dimensional object that can be viewed from all angles. It opens until back and front covers touch and can be held as a circle by tying the attached ribbons.

Carousel books viewed from top when pages create a circle.

We have two holiday carousels that I think would be a beautiful Christmas decoration, or an unusual holiday centerpiece on the table. The First Noel by Jan Pienkowski from 2004, is one of my favorites, it tells the story of the first Christmas with a series of 5 panels that form a circle. Each panel is constructed of two layers of white cut-out silhouettes on a red background, like theater back drops. Each silhouette panel has text at the bottom narrating the tale of the First Noel.

A very recent acquisition is the 2017 Snowy world : 360° book by Yusuke Oono. It is one of the three out of four 360° books the Cooper Hewitt owns he has created and are considered both pop-up books and artists’ books. Snowy World is a carousel book that opens a series of 30 pages and expands into a 360-degree panoramic scene of a wintry world. The enclosure box states that “each page is cut delicately and bound carefully to create the magical world inside. This would make a wonderful home décor or gift for someone special.” We couldn’t agree more.