This post was written by Mara Wessel, a 2018 intern in our Smithsonian Libraries Research Annex (SLRA). 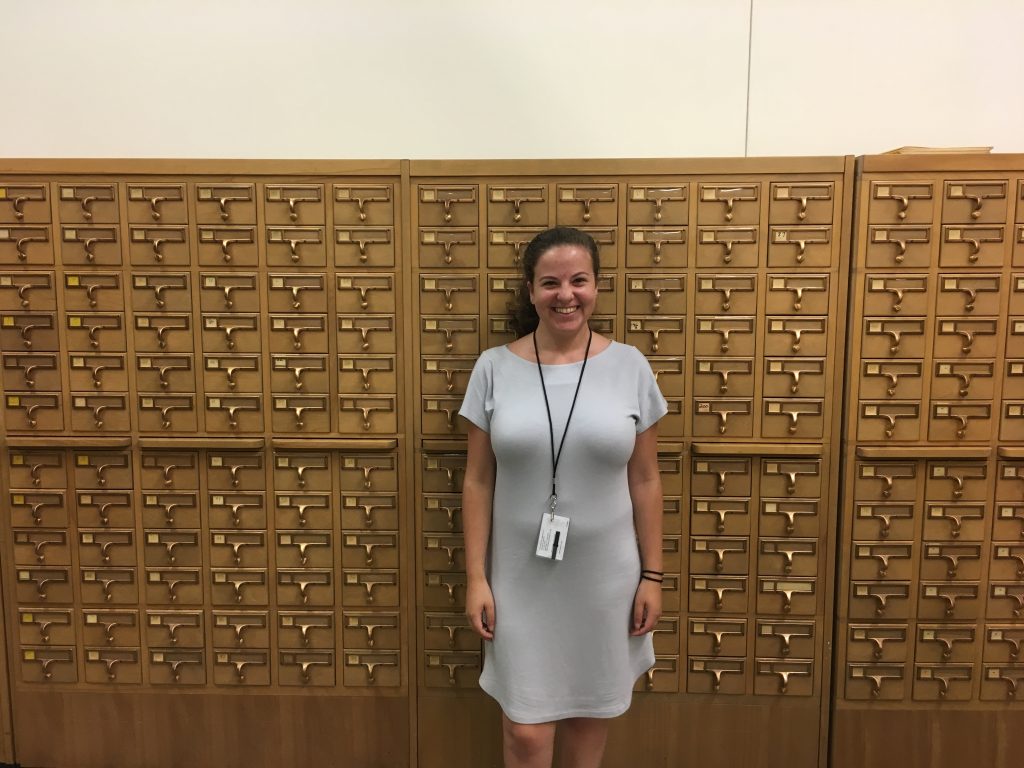 The books I encountered throughout this project were not always in English and some had unique bindings while others were a little worn from time, but every book had something new for me to learn. Exploring this collection was interesting because I never knew what I was going to find. In my first couple of weeks working on this project I came across one book that piqued my curiosity because it posed a few mysteries for me. The bright orange binding and worn pages initially caught my attention and, on further inspection, I found a small opened letter tucked within the pages. This was not the last bit of ephemera I would find throughout this project, but it was one of the more intriguing and informative items. The book was a 1926 copy of So this is jazz by Henry Osgood. Upon searching this title in SIRIS I noticed that the Smithsonian already held multiple copies of this book, but this specific copy was unique because of the ephemera it contained. The letter I encountered was in an envelope addressed to Moses Asch. At the time this name held no significance to me, but after further research I learned why this letter would be appealing to the Smithsonian Libraries.

This book is probably not very good, since it emphasizes only the very big bands, and not the instrumentalists, and also the white jazz music rather than the Negro music. I only looked at it casually and saw that it discusses the origins of jazz; and later research may have shown it all wrong. But the reason that I am sending it to you is that it was published in 1926, which makes it pretty damned early and one of the very first books about jazz; and I thought you might want it for your library. Thanks for the records; Carol just got back from LA and is looking with eagerness toward playing them. I hear Minton is dead.

Moses (Moe) Asch founded Folkways Records in 1948, a record label dedicated to documenting the world’s sounds. Asch’s label went on to become a very influential folk music record company because of its dedication to recording such a wide range of music and sound. The Smithsonian Institution acquired Folkways Records in 1987 after Asch’s death to continue and expand on Asch’s legacy. Along with Folkways Records the Smithsonian acquired the Moses and Frances Asch Collection. This collection included materials relating to Folkways Records as well as materials from Asch’s first business ventures. Correspondence like this letter expand the amount of information available in these collections by allowing researchers and visitors to see more of a person’s history and relationships as well as the history of the materials. 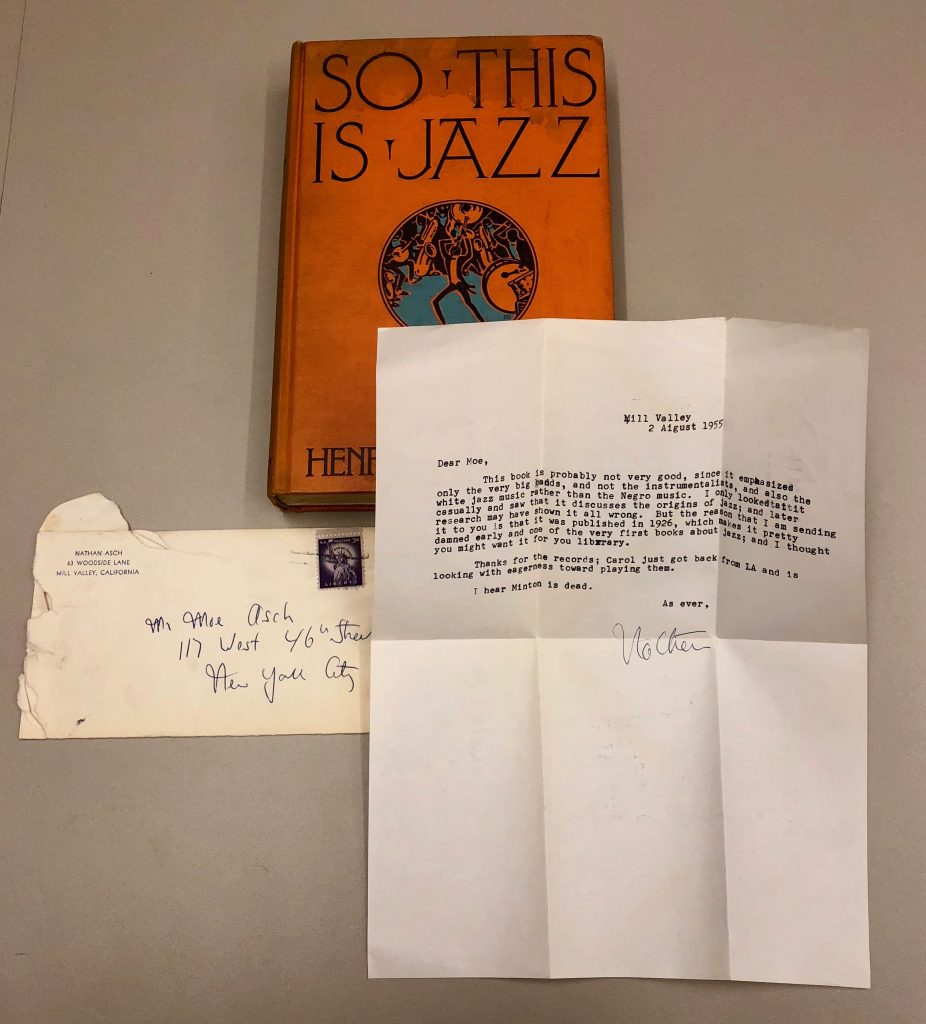 Through my research I spent time browsing the CFCH website and found an early episode of the Folkways Collection podcast focusing on Asch. The podcast “Moses Asch: Man and Myth”  explores the influences that led Asch and his business partner Marian Distler to create Folkways Records with interviews from many people connected to Asch including his son Michael. Listening to the podcast was very helpful to discover who Moses Asch was and why he was significant. I learned his significance to the people interviewed and how his record label was built to become an influential label. All the information I found was useful when going back to read the letter because I was able to understand the connection between Asch and jazz history.

The letter dated August 2nd of 1955 was less of a mystery to me now that I was familiar with Moe Asch and the history of Folkways Records. One mystery still remained for me in this letter: Who was Minton and how did he connect to Asch? This information was a little more difficult to find as it was not readily available through the CFCH website. When searching through the Smithsonian Institution website I found information on Minton’s Playhouse, a jazz club in New York City during the 1940’s. The timing of Minton’s Playhouse did not fit the timing of Nathan’s letter, but as a fan of jazz, I was still interested to find out what information the Smithsonian Institution held about the club.

While looking for more information I was led to the Museum of African American History and Culture website to find that the museum holds the neon sign from the club in their Musical Crossroads collection. I have yet to explore the Musical Crossroads exhibit, but after finding these connections I plan to go to the exhibit the next time I visit the museum. The information I had found through the Smithsonian, while very interesting, was not what I needed to find out who “Minton” was. Eventually, I stumbled onto a recent article in the New Yorker () that gave me my first real clue as to who the Minton from Nathan’s letter might be. The article refers to a Walter Minton formerly of G.P. Putnam’s Sons Publishing. However, this was still not the Minton from the letter because this article stated that Walter Minton is still alive. I used the information from the article to look into the history of G.P. Putnam’s Sons Publishing and found that Melville Minton, Walter’s father, took over Putnam’s after his company merged with Putnam’s in the 1930’s. Melville died in 1955 leaving his son to take over the company in his place. The Minton referred to at the end of the letter could be Melville because the information fit within the time frame of the letter. All the mysteries of the letter solved and my curiosity satisfied, I was much more informed on the history of jazz and the various connections and holdings within the Smithsonian Institution. 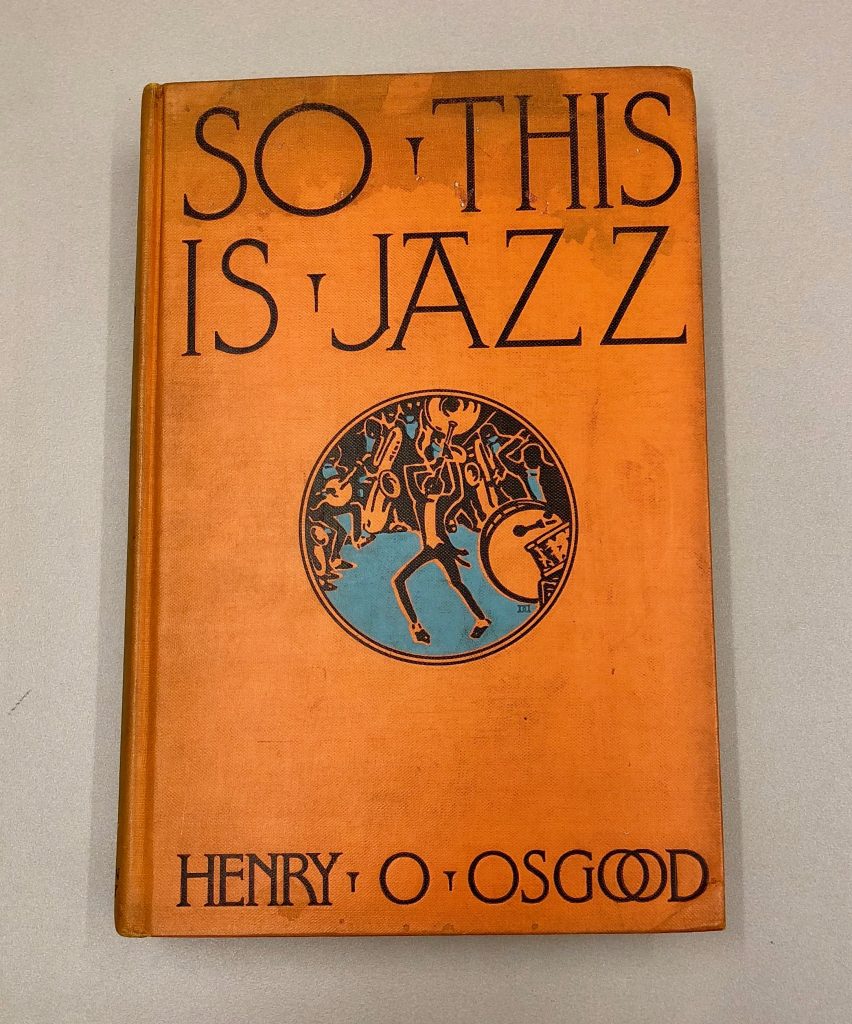 So this is jazz and the accompanying letter will be returned to CFCH to be reintegrated into the Ralph Rinzler Folklife Archives and Collections along with some of the other books containing interesting pieces of ephemera. The Rinzler Archives is a living archive that currently includes the Moses and Frances Asch Collection where this book and letter will be integrated . Some of the other materials from this project will also be distributed to the libraries in the National Museum of the American Indian, American Art Museum and National Portrait Gallery, and the Anacostia Community Museum. Through researching the items in this collection, I was able to learn more about what information is important to have in a collection or when creating records. The letter to Moe Asch helps to explain how and why this copy of So this is Jazz became a part of this collection. My entire experience in this internship has been great because I was able to become more familiar with all the collections and information available through the Smithsonian Institution while also learning more about the workings of the Smithsonian Libraries.