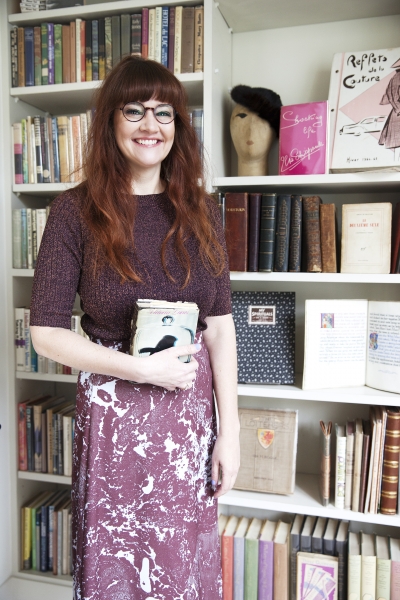 The Smithsonian Libraries invites you to the third in a series of talks related to our newest exhibition, Magnificent Obsessions: Why We Collect:

Beyond Brontë: The Essential Act of Collecting Books by Women

With some notable exceptions, the story and history of the rare book trade has historically been defined and narrated by its bookmen, rare book dealers and collectors whose interests have centered primarily on a white, male, and western literary canon and who have had limited shelf space for work by women.

As a result, both bookwomen and books by women have been overshadowed in the trade. Work by women is significantly less represented on the shelves in rare bookstores and at rare book fairs, as well as in auction and trade catalogs, and the prices for their work are not equivalent to their male contemporaries.

Devers will explore these historic imbalances, as well as imbalances in the publishing industry, and suggest how collecting work by women can redress gender imbalance not only in the trade, but in the literary canon, and how it can and has already begun to directly impact the cultural conversation around what deserves to be collected and preserved.

A. N. Devers is an arts journalist, editor, publisher, and the proprietor of The Second Shelf, a rare book business founded in London in 2017.

In 2018, after gaining several years experience as a rare book dealer, and launching The Second Shelf, Devers mounted a successful Kickstarter campaign that unexpectedly led to an opportunity for her to open a brick and mortar bookshop in a tucked away courtyard in Soho. The bookshop opened in late November of 2018. At the shop, Devers focuses her stock on rare and antiquarian books, modern first editions, and rediscovered works by women. She also edits and publishes The Second Shelf: Rare Books and Words by Women a literary magazine and rare book catalog that publishes emerging and established women writers on the writers that they love.

She is the International Contributing Editor of A Public Space and has written for The Guardian, The New Yorker, The New Republic, Lapham’s Quarterly, Los Angeles Times, Longreads, The Paris Review, Prospect, Salon, Slate, Elle, Fine Books, and The Washington Post, among other publications. Her Tin House essay, “On the Outskirts” received a Notable Distinction in The Best American Essays in 2011. Her first book, Train, comes out in 2020 from Bloomsbury.

Devers’s piece that originated as a tweet, “This is How a Woman is Erased From Her Job”, documented how The Paris Review editor Brigid Hughes was omitted from the magazine’s history as its second editor, and led to two New York Times corrections among many other corrections in newspapers and periodicals, and the reinstatement of Hughes’s name to the masthead as a former editor of The Paris Review in the Spring 2018 issue.