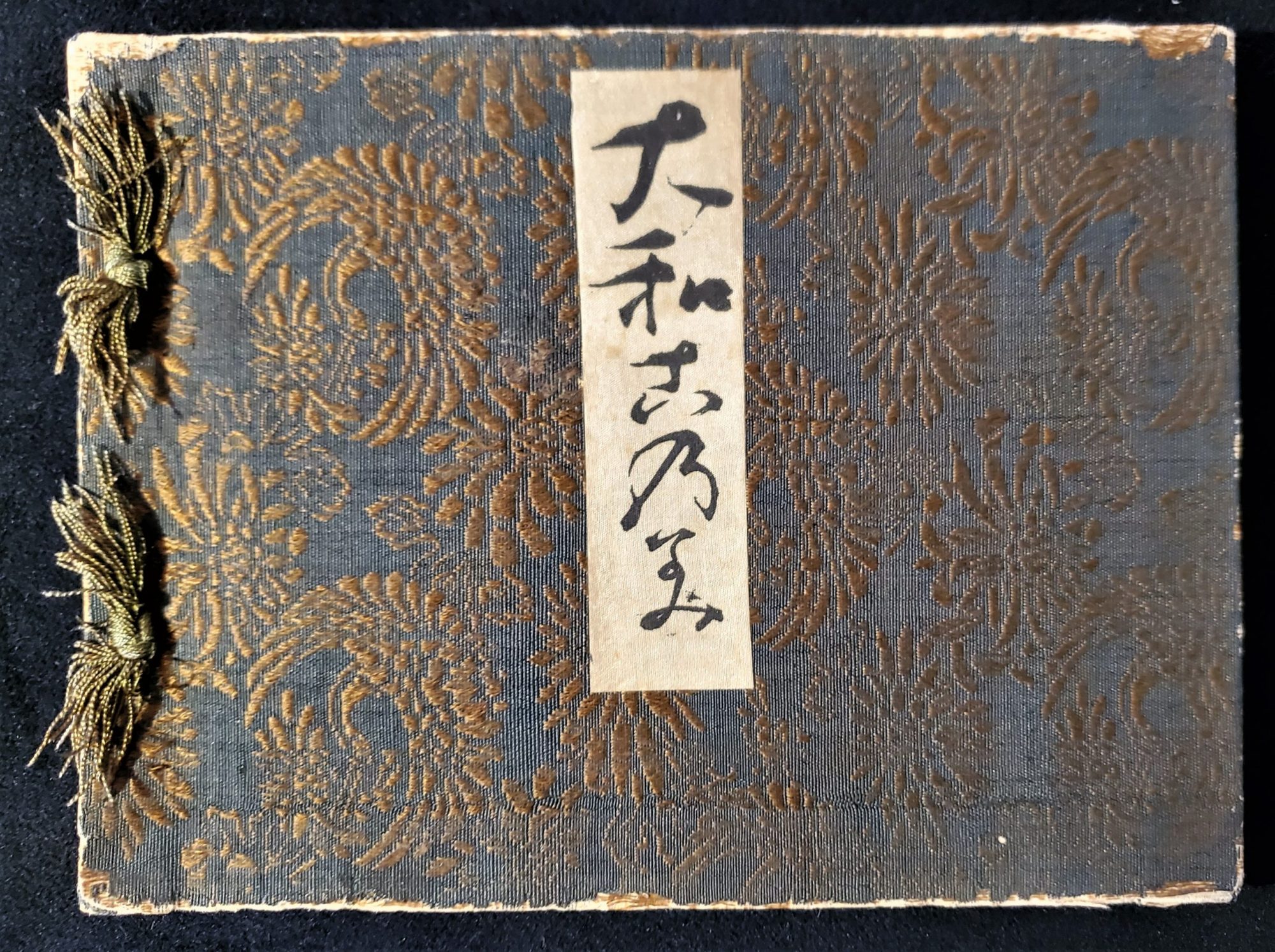 Catalogue of Room Decorations and Artistic Furniture is a 1905 Cooper Hewitt Design Library furniture trade catalog from the renowned art and antiques firm of Yamanaka & Co. Covered in silk brocade and bound with silk threads according to the ancient Japanese bookbinding technique of Yotsume Toji or stab-binding, it contains 36 photographic plates of elaborately carved, gilded, lacquered, and upholstered furniture expressly made for the American market.

Founded by a prominent family of Osaka-based art dealers and connoisseurs, Yamanaka & Co.’s first branch store outside of Japan was opened in New York City in 1894 by Sadajirō Yamanaka. Specializing in pricey art and antiquities aimed at wealthy collectors and museums, the business was among the first firms to make Asian art available in the United States, helping to popularize the market for all things Japanese in the early twentieth century.

A savvy entrepreneur, Sadajirō used his background to establish himself as a tastemaker and an expert in Japanese culture.   He created the persona of a specialist possessed with the authority to translate the aesthetic of Asia to his elite clientele. To create an authentic ambiance Yamanaka designed his showroom in traditional Japanese style. The firm published lavish, professionally written and photographed catalogs that provided the historical and artistic significance of the objects.

By the beginning of the twentieth century, the craze for Japonisme had found its way into middle-class homes. The American woman had become the primary consumer of household furnishings and goods. Recognizing a new potential market, in 1904 Yamanaka & Co. established a factory in Osaka to manufacture upscale room decorations and furniture for export to the US. Targeting middle-class American women,  they made Western-style furniture, such as chairs upholstered with gilded leather or with brocade made in Kyoto, but with Japonesque ornamentation

The furnishings were decorated with typical Japanese motifs such as dragons, phoenix birds, fruit, chrysanthemums, turtles, and fish. Through today’s eyes, these may seem overdone, heavy, too busy, and sometimes even grotesque, but this ornamentation and craftsmanship appealed to the Victorians, Edwardians, and early twentieth-century consumers. In his intro to this catalog, Yamanaka boasted that they won the “Grand Prize and Gold Medal Award at the Louisiana Purchase Exposition in St. Louis, 1904”. More than just a store, Yamanaka & Co. was a cultural institution.

Adrienne Meyer was an executive in the fashion industry for twenty years, before entering the Parsons Graduate Program, graduating in 2016. She has contributed important research to special projects at The New York Historical Society and the Cooper Hewitt,Smithsonian Design Museum and Library. She recently completed an Smithsonian Libraries internship researching furniture trade catalogs.