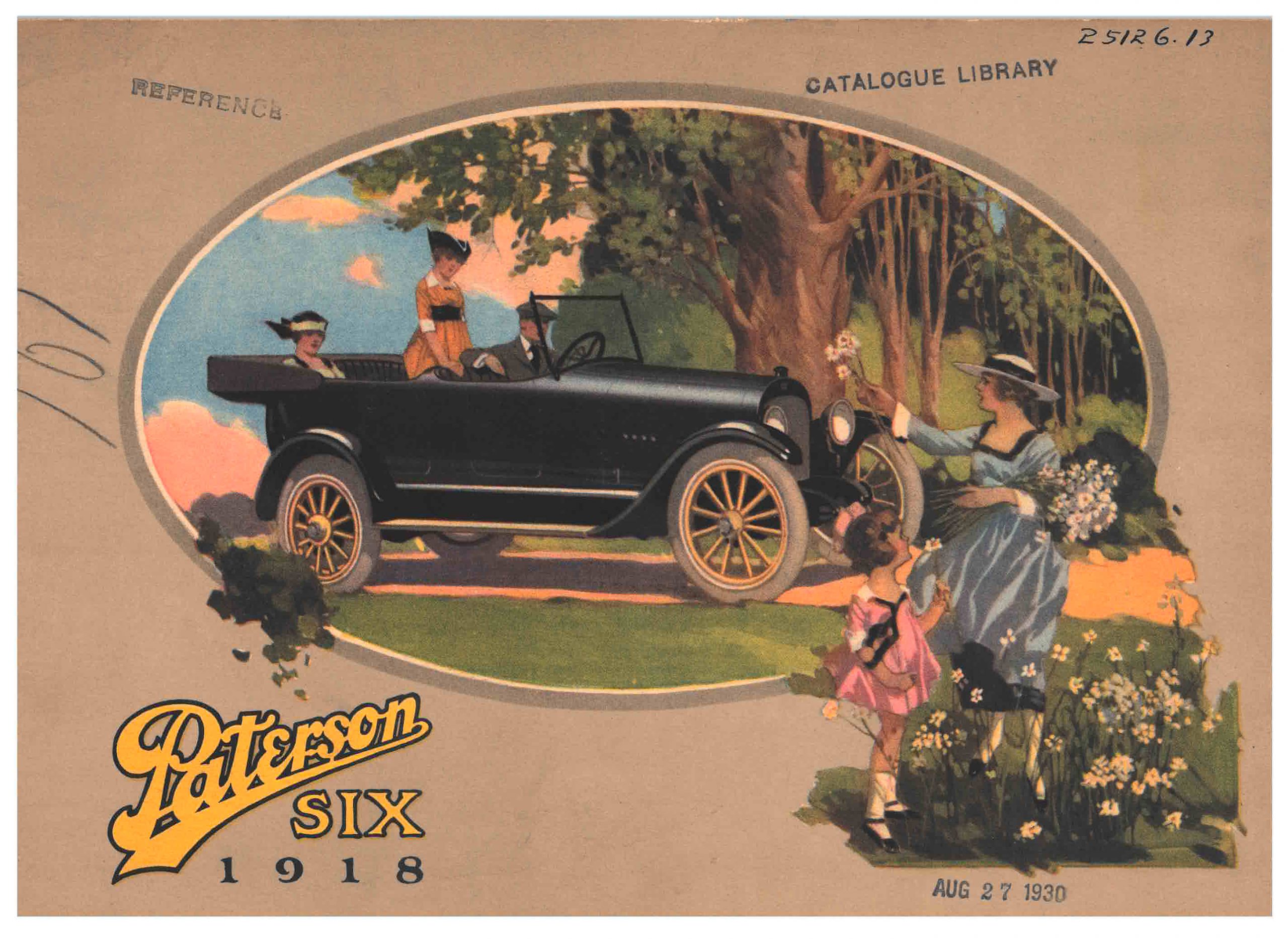 A quick glance at this trade catalog’s front cover suggests the manufacturer might be advertising a family car. Perhaps this family is on the way to an afternoon picnic or maybe a ride through the countryside in their Paterson Six. Sometimes images in a trade catalog provide a glimpse into how the item was advertised to the general public.

The motor for the 1918 Paterson Six was a six-cylinder Continental motor, and the car came with a handy accessory. A tool set in a case was built into the driver’s door. It came complete with an electric trouble light. The car was available in three bodies: the Paterson touring body, the “Chummy Roadster,” and the Convertible Sedan.

One of these, the “Chummy Roadster,” is shown below. The roadster body was mounted on the same chassis as the touring body, and both had a 117-inch wheelbase. The “Chummy Roadster” had the capacity to seat four passengers, but the seating arrangement was a bit different from the Touring Car, as shown in the plans below. The Roadster’s driver and front passenger seats appear to be separated while the front seats in the Touring Car seem to be connected.

The Convertible Sedan, shown below, was described as a car for all seasons because it offered the advantages of open air in the summer and a closed car in the winter or during rainstorms. The top of the car was stationary while the windows on either side were removable to provide open air. The car was converted into an open-air car by lowering the side glass windows and removing the sash braces giving passengers the advantage of open air and cross breezes.

The last few pages include detailed information about the motor and other parts of the car, including the specifications shown above. W. A. Paterson Co. continued manufacturing cars for several years after this particular catalog was printed. Paterson Six (1918) and other W. A. Paterson Co. trade catalogs, including one from 1922, are located in the Trade Literature Collection at the National Museum of American History Library.