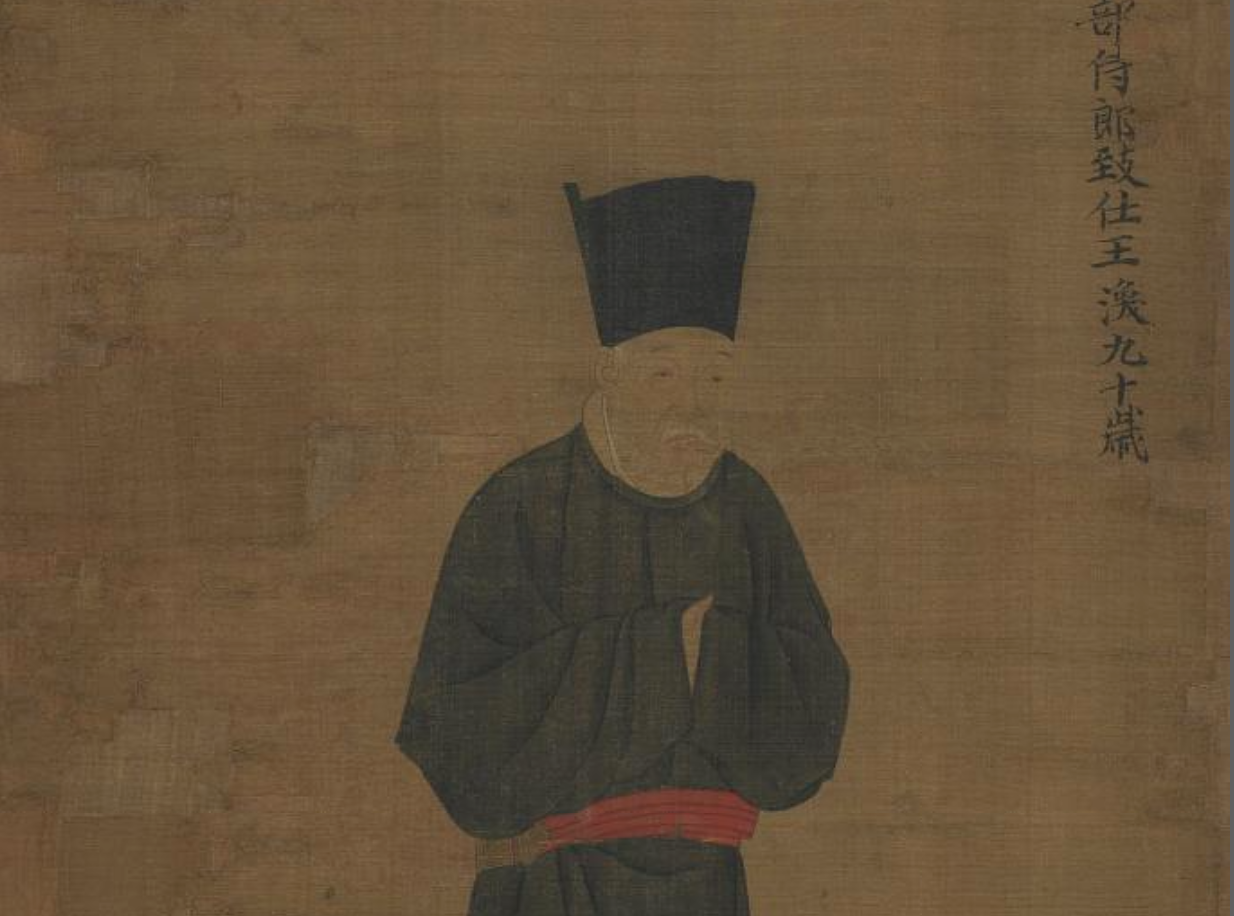 The summer of 2020, as part of a Smithsonian Libraries’ Wikidata Pilot Project and in response to the Covid-19 pandemic, the Freer Gallery of Art and Arthur M. Sackler Gallery Library offered an all-virtual internship project. Interns selected for the Chinese Ancestor Portraits Wikidata Project spent six weeks researching the individuals represented in the Chinese portrait collection of the National Museum of Asian Art, Freer Gallery of Art and Arthur M. Sackler Gallery. The interns then added this information to the Wikidata page for the person. As one of the team members of the Chinese Ancestor Portraits Wikidata Project, I was first intrigued by why Wang Huan, a plain clothed fragile old man was chosen as one of the ancestors portrayed in this painting collection.  After a literature research, I realized he was the most ideal model for a portrait painting that represented Confucian virtues and showcased a new painting genre, “literati painting”.

Chinese art historian Jerome Silbergeld once observed, “Literati painting may sound strange to the foreign ear, to anyone not yet introduced to Chinese history and art, challenging readers to comprehend how [to understand] this rubric, peculiar to China and tied to China’s civil structure, its gentlemen-painters and its civil service system.”  To understand literati painting it is important to know what made literati painting peculiar to painting of the Song dynasty (960-1279) and why it became the predominant genre of Chinese painting ever since, even today.

Prior to the Song dynasty, court politicians were mainly aristocrats who inherited their titles from their families.  In the Song dynasty a new meritocracy replaced the old hereditary system. Civil court positions could be held by anyone, even commoners, who competed in the civil service exam, excelled and were chosen. Among these scholar-officials a new painting tradition developed, breaking away from the earlier tradition of pictorial representation primarily concerned with “form-likeness,” reflecting what the eyes see in reality. As these scholar-amateur or scholar elites entered the painting world, they brought with them a deeply rooted appreciation for poetry and calligraphy, an aesthetic that valued the portrayal of individual feelings over realistic resemblance.  These non-professional scholar-painters claimed that they didn’t have the traditional painters’ vigorous training, skillful techniques, or expensive materials, but worked more on expressing their feelings, political views, ideology and personal struggles. They painted only for their own personal enjoyment or that of their friends, with their focus on “capturing the spirit beyond form” as expressed by the great Eastern Jin dynasty painter, Gu Kaizhi (c. 344-409). The absence of colors and structural composition was calculated to reflect this emphasis on essence over physical resemblance. Even though individualism seemed to be at the core of literati painting, the traditional Confucius conformity was never absent from their paintings.  The Confucius virtues were more dominant in Song literati painting than ever before.

In the Confucius context, longevity was seen as a proof of virtue. The Classic of History asserts that “Heaven gives long life to the just and to the intelligent”.  Within the group of ancestor portraits that is part of the Freer Sackler Library’s Wikidata internship project is a portrait of Wang Huan, a retired Song court official.  There is little biographical information on him, but from an inscription added to the painting at a later date we know the portrait is an image of him when he was 90 years old and that he was a vice-deputy of the Ministry of Rituals upon his retirement, some 20 years previously. Leisure retirement from politics was hard to attain in Chinese history.  People often described political life as “walking on a thin layer of ice”.  Some were forced into retirement, some retired out of fear of political retaliation, only a few enjoyed a truly peaceful retirement endorsed by the emperor.  Originally, Wang Huan’s portrait was part of an album of five octogenarians whose ages ranged from 87 to 92 years old. A thousand years ago it was rare for people to live to 70 years of age and almost impossible to survive the cut-throat political life to live to an advanced age into an enjoyable retirement.  That achievement was admired and respected. The image of an old respected, retired official was employed metaphorically to express literati virtues of integrity, elegance and death. Wang Huan’s calm face and black silk clothes reflect the Song taste: elegance, dignified and subdued.

Wang Huan’s career and long retirement, laden with cultural activities, were the ideal model for the Song literati to follow.  In him, the Song literati saw the core elements that they admired and respected: longevity, dignity and subtlety.  Literati painting undoubtedly became the best vehicle that could deliver these characters and Wang Huan was chosen to be the representative and he became truly immortal.

Lippit, Yukio. “Urakumi Gyokudo: an intoxicology of Japanese literati painting”, Studies in the History of Art—National Gallery of Art (2009), pp. 167-187.