Amateur Astronomy in the Digital Library 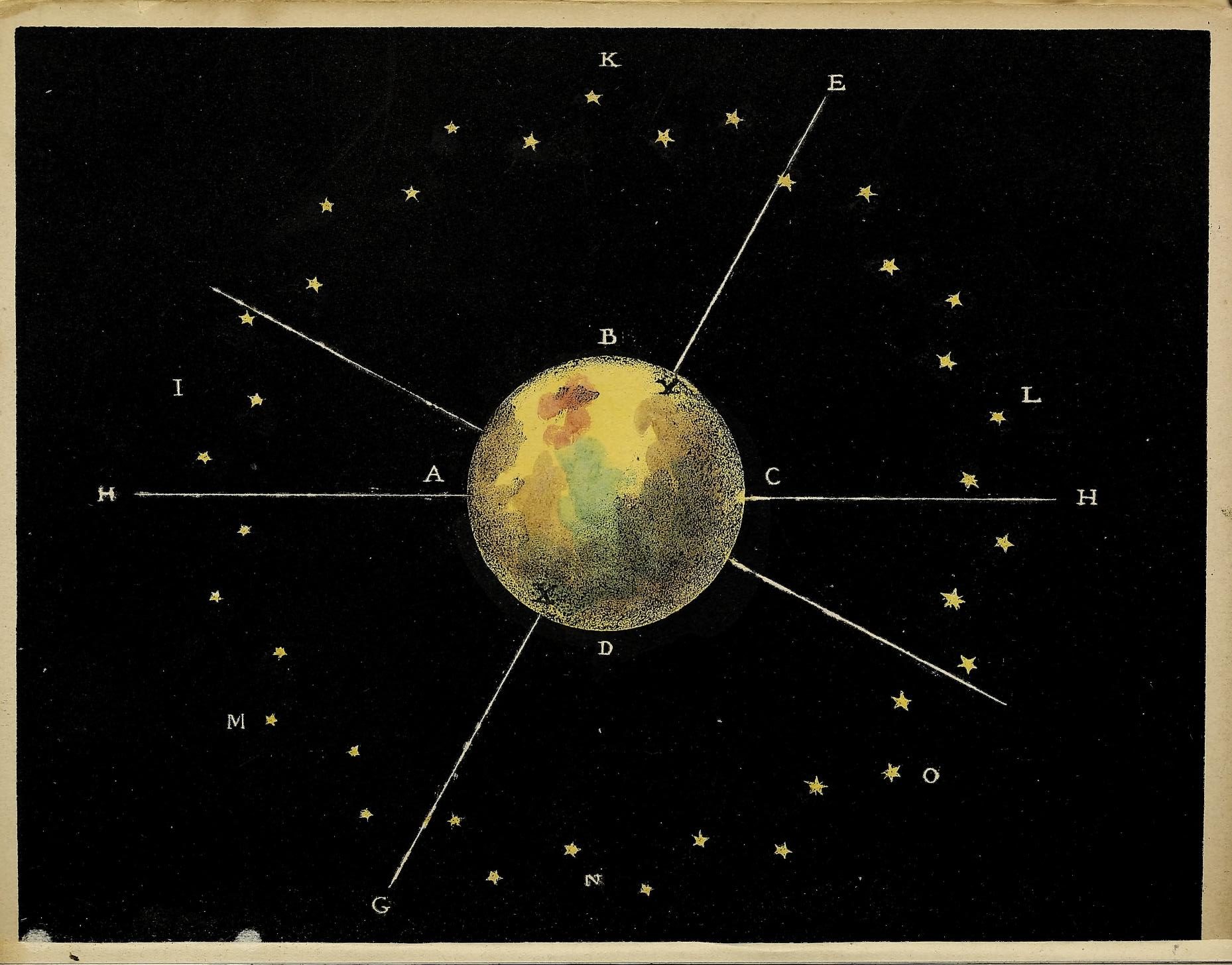 The skies of 2021 will provide quite a few celestial events for the amateur astronomer. National Geographic notes a conjunction of Venus and Jupiter in February, a “Blood moon” total lunar eclipse in March, as well as other astronomical events throughout the year. If you’re a backyard star-gazer with your own telescope, you’re in good company. By the mid-nineteenth century, advances in both telescopic and photographic technologies helped popularize the field of astronomy, bringing it to the masses. In 1890, the hobby was so popular in Britain that the British Astronomical Association was formed to support these astronomy enthusiasts.

The Smithsonian Libraries and Archives contains many early guides for at-home astronomers, several of which have been digitized and made available in our Digital Library. Even if your telescope is in the shop or you miss the next round of Perseid showers, you can flip through these volumes and gaze upon the heavens, any time.

Sir John Frederick William Herschel (1792-1871) — astronomer, mathematician, and chemist — was one of the most important English scientists of the nineteenth century. In his Outlines of Astronomy, he provides a complex review of what was known of the physical world in his era. His textbook appeals to both the general and the specialist reader as it discusses a range of phenomena from Earth’s basic characteristics to astronomy, as it covers the basics of outer space knowledge, Copernican views, atmospheric phenomena, instruments and tools of astronomy, earth geography, effects of gravity, celestial bodies and motion, and much more.

Asa Smith, the Principal of a New York City public school, felt there was a need for an introductory astronomy textbook both affordable and accessible to “common readers” who may lack the mathematical background presumed by more sophisticated options. Smith’s goal was to “present all distinguishing principles in physical Astronomy with as few words as possible; but with such ocular demonstrations, by way of diagrams and maps, as shall make the subject easily understood.” The woodcut diagrams that face the Q&A-style lessons were drawn on the blocks by Smith himself, and then engraved, and he felt these “ocular demonstrations… shall make the subject easily understood.” Included in the illustrations are Kepler’s Laws, Cut Section of the Sun, Transits to the Year 1900, Signs of the Zodiac, and Telescopic Views of the Moon. Interest in astronomy had grown in the United States in the years leading up to 1848, when the first edition appeared. This copy is the 4th edition (New York, 1849), but Smith’s successful work would be reprinted and put to use in schools for nearly two decades.

This little astronomical work contains 104 beautifully hand-colored lithographs of the moon, planets, and constellations, along with eclipses and atmospheric phenomena. The constellations dotted with golden stars are great examples of the elegance and simplicity of the book’s execution. Author Charles Blunt’s introduction to the book explains that it was created so that a family need not “quit their own parlour, or drawing-room fireside, to enjoy the sublime ‘beauty of the heavens.’” With every plate comes a ‘lecture’ or description designed to be read aloud, facilitating at-home learning. The Beauty of the Heavens is a wonderful example of a mid-nineteenth-century home instructional tool designed to be both scientifically accurate and inspiring.

All three books featured here have been adopted through the Smithsonian Libraries and Archives’ Adopt-a-Book program, allowing us to preserve books in need of care and purchase additional works for the collection. Book descriptions provided by staff of the Dibner Library of the History of Science and Technology.