A Digitization Journey, a Knowledge Journey: Personal and Professional Insights From My Work on Polynesian Researches 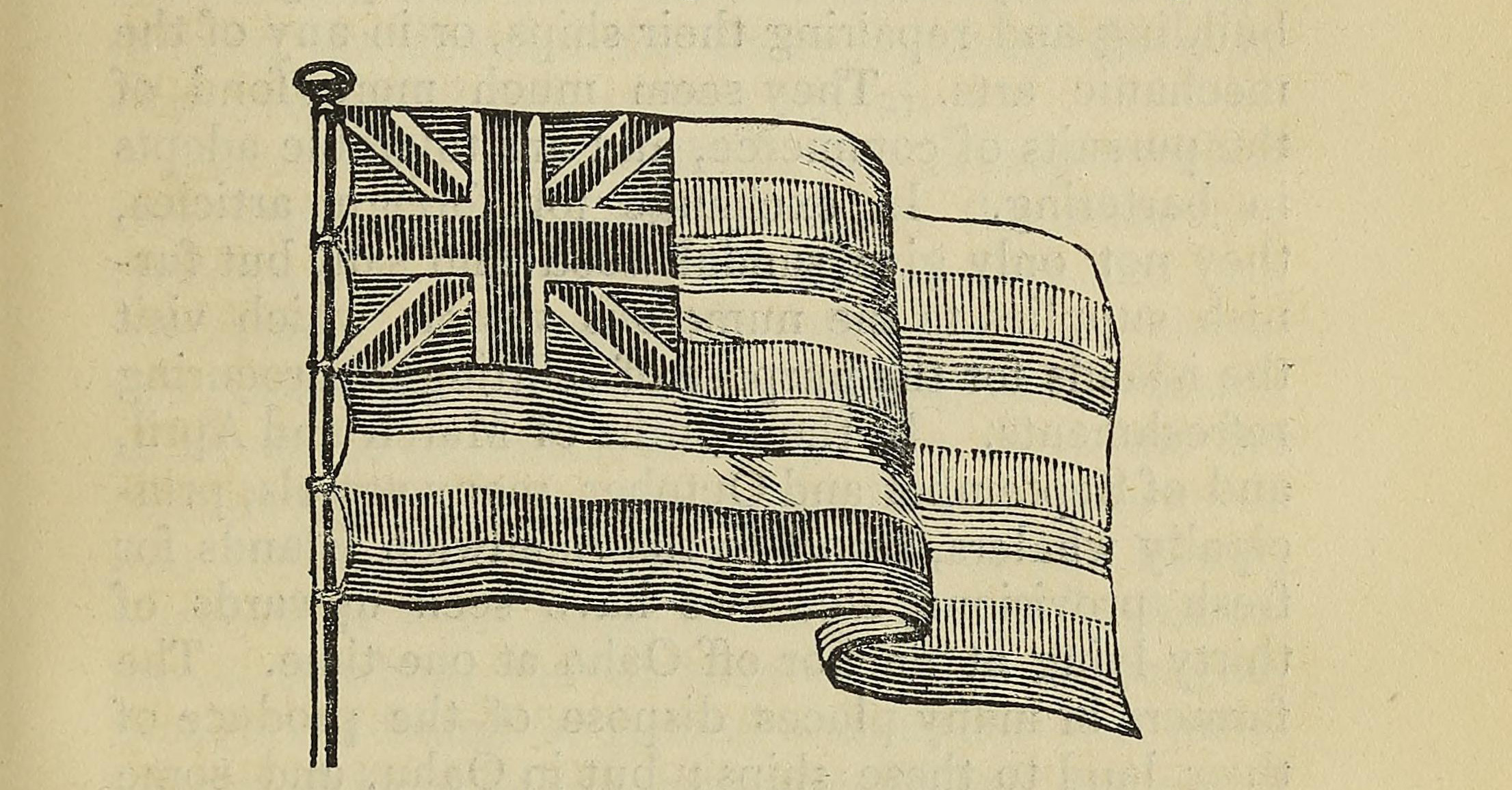 Na au iki a me na au nui o ka ʻike: The little and the large currents of knowledge.

In preparation for Asian American Pacific Islander Heritage Month, I chose to reflect on the intersections of my past and present work in Biodiversity Heritage Library (BHL) collections, with historical connections to my home in Hawaiʻi. Part of my primary duties as a Conservation Technician with the Smithsonian Libraries and Archives is to stabilize objects before and after digitization for BHL. When I joined the team in 2018, I was assigned the task of mending the library’s four volumes of the 1853 edition of William Ellis’ Polynesian Researches During a Residence of Nearly Eight Years in the Society and Sandwich Islands. The idea was to kick off my new job with a project that would inspire me on a personal level, as an introduction to the value of both the digital and physical preservation responsibilities of our institution.

British-born William Ellis is considered the “godfather of missionary ethnography.” Polynesian Researches vol. 4 chronicles his time spent in Hawaiʻi while serving under the infamous American Board of Commissioners for Foreign Missions. Credited with bringing Christianity, literacy, and western education to Kānaka Māoli (the native Hawaiians), the ABCFM also seeded the islands with the missionary descendants, known as the Committee of Safety, who on 6 July 1887 would hold King Kalākaua at gunpoint to sign a new constitution, effectively granting them control of the government. On 17 January 1893, a group of these same men organized a coup against the last reigning monarch, Queen Liliʻuokalani, using the imposing presence of the U.S. military to overthrow the sovereign Kingdom of Hawaiʻi. Following the overthrow, the provisional government set up by the Committee was recognized as a protectorate without the permission of the U.S. State Department. Finally, on 16 June 1897, in direct violation of previous treaties with the Kingdom of Hawaii, President Mckinley signed a new treaty granting the fraudulent annexation of Hawaiʻi by the United States. On 23 November 1993, the 100 year anniversary of the overthrow, Joint Resolution 103-150 was signed into law by both chambers of congress and President Clinton. The law “acknowledged the historic significance of the illegal overthrow of the Kingdom of Hawaiʻi…” and expressed the U.S. government’s “deep regret.”

The legacy and impact of missionary settler colonialism cannot be divorced from the ethnographic literature it produced. Ellis’ work is important not only for the exceedingly detailed account of early post-contact Hawaiʻi, but also because it offers up the faulty colonizer narrative of the great western savior. Preserving volumes like Polynesian Researches provides historical accounts of endemic, and in many cases extinct, plant and animal life to researchers studying biodiversity in the Pacific. It may also complicitly privilege that version of information over the Indigenous sources.

I started my treatments with volume four, specifically because this volume contains early post-contact details of my hometown, Hilo, on Moku o Keawe (The Big Island of Hawaiʻi). My handskills and knowledge of book and paper conservation as a technician are developing exclusively from bench training. The Smithsonian Libraries and Archives’ Preservation Department operates out of two spaces: a larger off-site Book Conservation Lab and a small ”annex” in close proximity to our digitization suite in the National Museum of Natural History. Familiarizing myself with the materials available in our annex space was a challenge in itself. The nature of the repairs in the annex skew more toward improving the durability of an object to withstand the stress of digitization procedures. Treatment materials are limited in variety and custom-toned papers must be made in our larger Book Conservation Lab. In my hasty enthusiasm and novice familiarity with the “house style” and availability of materials, I made plenty of well-intentioned yet questionable aesthetic compromises, but the project was exciting and meaningful never the less.

One of the great values of these volumes is the maps and engraved frontispieces. Each volume contains a scene depicting some cultural practice of the nations Ellis visited. In volume four, there is a map of the Hawaiian archipelago and an engraving of ka poʻe kānaka heʻe nalu (Indigenous Hawaiians surfing), which you can learn more about in this previous article by Julia Blakely on the Smithsonian Libraries and Archives’ blog.

I began treatment with the frontispiece. The page had several long tears running through the image, as well as losses around the bottom and foredge. Both are common issues for acidic 19th-century paper. I gently re-oriented the edges of either side of the tears using a micro spatula and tweezers. This is to ensure that the fibers of the paper lay as flat and as close to their original direction as possible. I then applied wheat paste to the edges to secure them in place. Thin strips of Japanese paper were torn in the shape of the various tears and adhered to the verso using wheat paste again.

After completing further treatment on the text block and case, the volume was digitized and uploaded to BHL via the Internet Archive. Unfortunately, only volume four was able to be imaged and uploaded before Smithsonian staff began teleworking full time due to the ongoing COVID-19 pandemic.

One of the silver linings of our COVID-induced telework status is that we have been able to cross-train in other skills, switching gears to improving and promoting the Smithsonian’s digital presence to the public. When I signed on to a new telework project—paginating digitized books (i.e. enhancing metadata at the page-level ) from our digitized collections—Polynesian Researches vol. 4 was again my first step.

I’ve come full circle in the preservation process, from making stabilizing paper repairs, to ensuring the digitized book can be easily navigated by users. The digital object can be used as a surrogate of the physical, preventing further wear and enabling remote access. And I have worked on this item at the page level both physically and digitally, applying care in my conservation treatments and in my metadata enhancements, both crucial to ensuring access to the volume.

In spite, or perhaps because of, the complicated and painful legacy of settler colonialism that endures in Hawaiʻi, working on this set of Ellisʻ Polynesian Researches was a rewarding introduction to my duties at the Smithsonian Libraries and Archives. The task of preserving these early editions both physically and digitally has contributed to my practical understanding of the value of our digitization and conservation departments. I have found it helpful to reconcile my ethical questions about treating these items by looking at their utility for native communities.

When I first moved to D.C., I sought comfort in Hālau Hula o Nohona Hawaiʻi, where I could dance and find fellowship with other members of the Hawaiʻi diaspora. I shared photos of the things I worked on, and in particular an image from Polynesian Researches showing the romanization of common ʻōlelo Hawaiʻi (Hawaiian words). I found it funny, if unsettling, to see how the language sounded to missionary ears so many years ago. One of our alakaʻi (leaders) corrected me and used it as a teaching moment. She discussed with me and the other haumana (students) about the way the language has evolved, and the variation in dialect from island to island and from kupuna to keiki (elders and children). The language I grew up hearing on my island and in my family is not the same as what was spoken on other islands, and in some places is still currently spoken in older generations. My hula sister reminded me that despite my ethical reservations about the work as a whole, there is value to Indigenous communities in using these primary sources.

You can explore the 1853 edition of Polynesian Researches, as well as other editions of the title and other works by William Ellis, in BHL.

National Archives. “The 1897 Petition Against the Annexation of Hawaii.” Archives.gov, 15 August, 2016. https://www.archives.gov/education/lessons/hawaii-petition.