AVMPI: From Aquariums to Archives 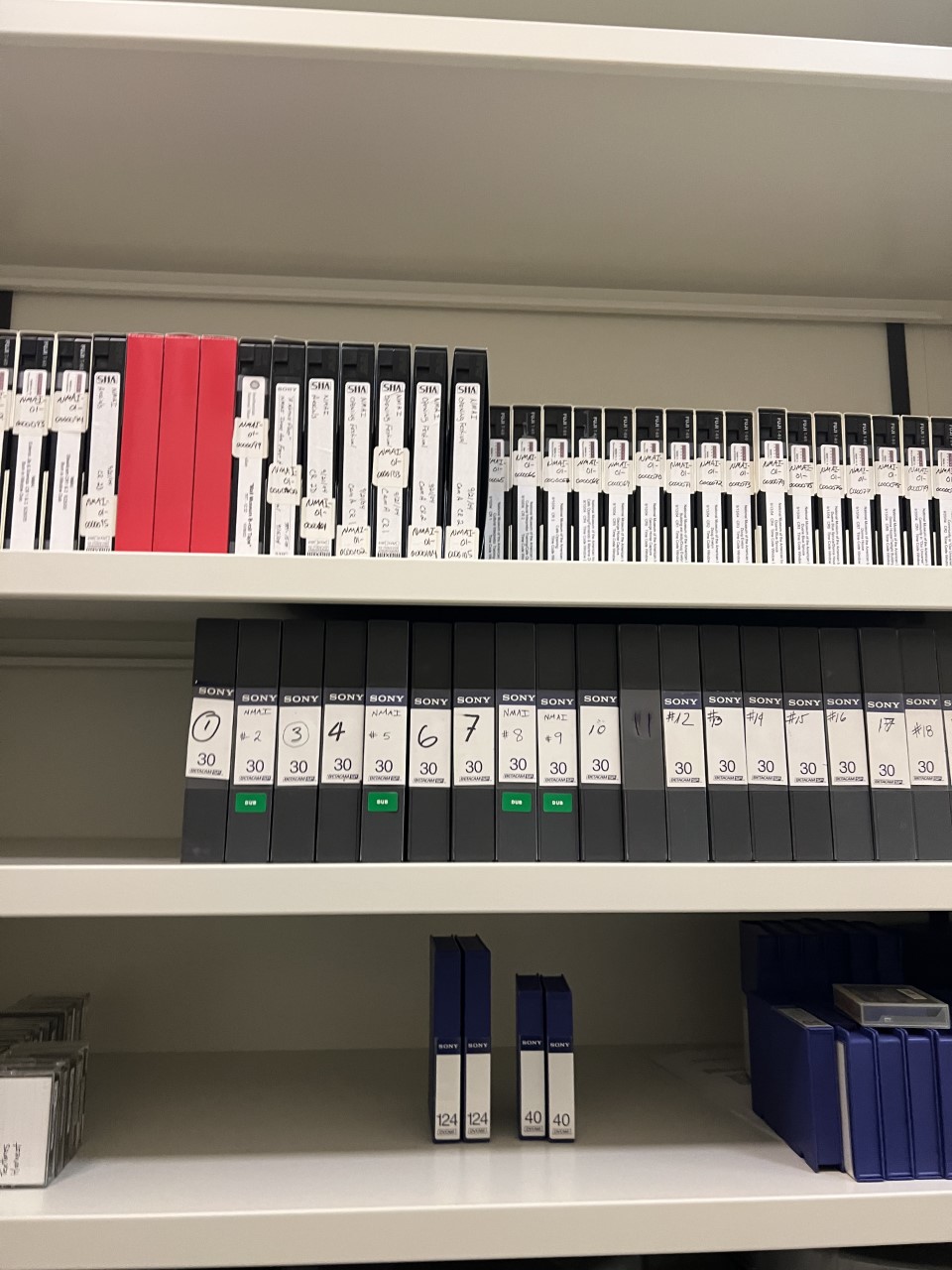 During American Archives Month, we’re highlighting the work of our Audiovisual Media Preservation Initiative in a series of posts. This is the third post in the series.

As a kid growing up in the Baltimore-Washington area, I frequently visited Smithsonian museums for field trips throughout my adolescence. I never fully realized how lucky I was until I moved away for several years and learned that many people don’t have access to free, world class museums at their doorsteps. And years later, I find my luck cup runneth over, now working at this renowned institution with some of the most inspiring colleagues and collections as the new AVMPI Coordinator (Audiovisual Media Preservation Initiative).

It certainly has been a winding road that brought me here. The first thing I ever wanted to be was a dolphin trainer. This was inspired by many visits to the National Aquarium in Baltimore along with hours watching re-runs of the 1960s TV show “Flipper”. Eventually I realized it was more the TV part that intrigued me than marine mammals (although those are super cool too). So I studied film and video production in undergrad and worked in the entertainment industry after college, but it was nowhere near as fun or fulfilling as I had hoped. I applied to and was accepted into the NYU Moving Image Archiving and Preservation program, graduating in 2010 (alongside my AVMPI colleague Walter Forsberg!).

Since then, I have worked at a variety of organizations: large academic libraries, small special collections departments, aquariums (yes, I got to fulfill that childhood dream of caring for dolphins…at least videos of them), arthouse theaters, public libraries—and I even contracted with the Smithsonian’s Archives of American Art for a few months inspecting and rehousing motion picture film materials. My passion is the preservation and access of regional audiovisual materials, local television, home movies, and community and personal archiving. In 2016 I merged these interests, along with my love for my hometown of Baltimore, Maryland, to start up and run the nonprofit organization MARMIA (which stands for the Mid-Atlantic Regional Moving Image Archive). I have also been working full-time since 2018 at DC Public Library as the Memory Lab Network Project Manager, helping to build personal archiving capacity in public library spaces and programming across the United States.

In that job, I was able to work with incredibly diverse librarians, archivists, and memory workers who were determined to help their communities to preserve their individual histories. Though we all came from different corners of the country, we joined together to create a community of practice-based solutions for our shared problems. Now as the Audiovisual Media Preservation Initiative Coordinator, I get to work with an incredibly diverse set of curators, archivists, librarians, conservators, and more to address the complex challenge of preserving the moving images and recorded sounds of the world’s largest museum, education, and research institution. While the mission may seem impossible alone, this new collaborative approach across many Smithsonian units will make the goals of AVMPI possible.

My first tasks are to build-out the already robust audio and video preservation transfer suites in several units along with refining workflows to be as efficient and effective as possible for everyone involved. The most exciting part of the AVMPI project is the people: my future AVMPI teammates will utilize the transfer suites and workflows to increase access to Smithsonian collections for all: browsers online, in-person and virtual exhibits, curators, researchers, artists, and more. We also plan to make our workflows, tools, and lessons learned available online for open access to all. I am looking forward to when AVMPI will be able to share the amazing audiovisual media we have saved at the Smithsonian—hopefully there will be some footage of a dolphin or two.