An Interesting Tie to the Embassy of Italy 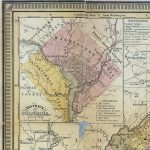 On the evening of September 13th, the Embassy of Italy and the Italian Cultural Institute hosted with the Smithsonian Institution Libraries their first Adopt-a-Book Event. In appreciation of their participation, displayed here is a map from the Dibner Library’s collections: 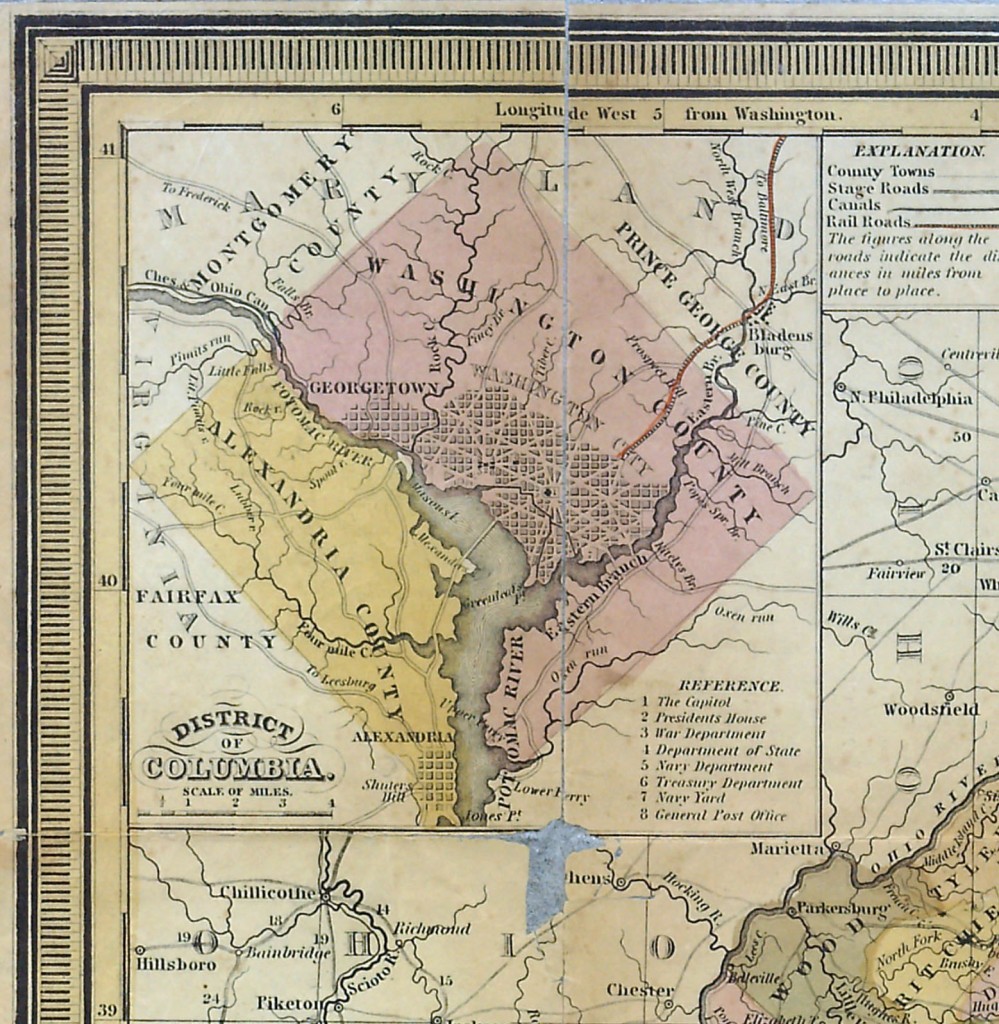 The tourist’s pocket map of the state of Virginia by J. H. Young (Philadelphia: Published by S. Augustus Mitchell, 1849, c1834).

An insert within the larger map is of the District of Columbia, seen above. It is just such early maps of Washington that inspired the design of the impressive and majestic Chancery of the Embassy of Italy. An interpretation of Tuscan villas and Milanese and Florentine palazzos, the Chancery is located on Whitehaven Street, alongside Rock Creek Park and the public Dumbarton Oaks Park, just off Massachusetts Avenue, the famous “Embassy Row” of the District’s northwest quadrant. Designed by Roman architect Piero Sartogo and completed in 2000, the building’s square-block footprint was also intended to pay homage to the original layout of the city, Pierre L’Enfant’s grand Baroque vision for the plan of the new capital. The orientation of the diamond shape of the district, echoed in the Chancery’s building, had been suggested by Thomas Jefferson. The glass-covered atrium of the Embassy bisects the structure as the Potomac River appears in the early maps of the city. The overlay of grids radiating out from this central area of the atrium was designed to reflect the avenues emanating from the U.S. Capitol Building.

The tourist’s pocket map is of a time when Washington City was separate from the surrounding unincorporated Washington County and before Alexandria was retroceded to the state of Virginia in 1847 (the printing of the map, a second edition, was not updated). It is hand-colored with relief shown by hachures. It includes inset tables of Steamboat Routes and “Principal Stage Routes through Virginia” and identifies places to see in Washington, making it useful in charting important points in the city before its expansive growth after the Civil War. It also provides a view of the city before land along the Potomac was reclaimed to extend what became the National Mall.

At the September 13th Adopt-A-Book event the Smithsonian Libraries exhibited titles mostly related to Italian culture. A nineteenth-century profusely illustrated volume with Italian scenery, an early photographic album with pictures of famous Italian buildings, and scientific works by Italian authors are just a few examples of the array of books, from various collections, that were shown.

Learn more about us and our collections.
END_OF_DOCUMENT_TOKEN_TO_BE_REPLACED