Nancy E. Gwinn, Director of the Smithsonian Libraries, received an honorary doctoral degree from University of Wyoming on May 11. It is the university’s highest award, and is given annually to individuals recognized internationally as leaders in their professions. 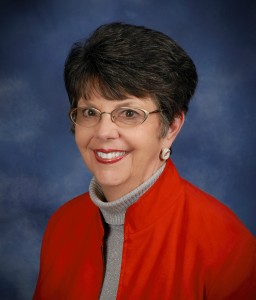 As a leader in librarianship, Gwinn has been active in the American Library Association, the Research Libraries Group Partnership Council and the International Federation of Library Associations. She currently serves as chair of the Steering Committee of the Biodiversity Heritage Library, an international program to make biodiversity literature openly available to the world as part of a global biodiversity community. Among her publications, two were awarded, respectively, the Waldo Gifford Leland Award of the Society of American Archivists and the American Library Association’s Blackwell North American Scholarship Award. Her most recent work has focused on aspects of the joint history of the Smithsonian Institution and the Library of Congress.

Gwinn’s many contributions have advanced national and international librarianship; she was a leader in preservation during a period when libraries transitioned from primarily print collections to a variety of print, micro and electronic collections. Her outstanding accomplishments have instructed librarians and assisted libraries worldwide in developing preservation and digital programs.