Lighting the way with political torches

Halloween is just around the corner, and many libraries & archives are scouring their collection for fitting images for #PageFrights. I found this patent drawing for a Jack-a-Lantern torch in the 1966 Bulletin of the United States National Museum, no. 241 (Contributions from the Museum of History and Technology, papers 45-51 on History) and thought it was more than appropriate. It’s from the first paper, “Political Campaign Torches” by Herbert R. Collins: 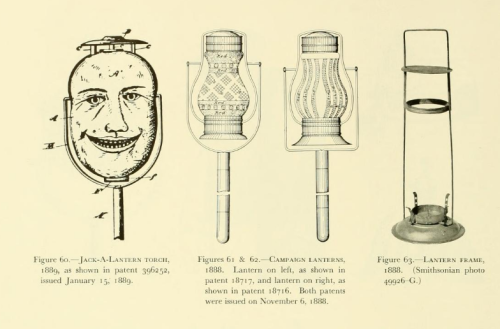 There are plenty of other examples of political torches, some fun like this pinecone and others a bit concerning, like the flaming battle ax: But flaming sheep? This one might require some further research… 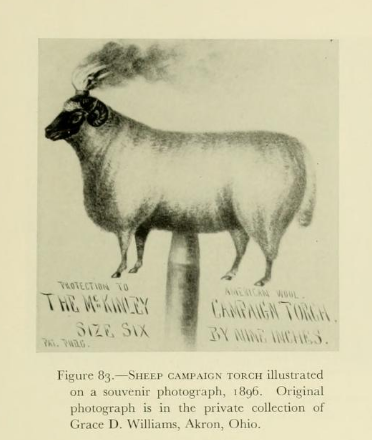 Herbert Collins, at the time the assistant curator of political history in the Smithsonian’s Museum of History and Technology, now the National Museum of American History (NMAH), shed some light on the mid-19th century practice of torchlight campaign parades in the article.  They rose to popularity in 1860 with the “Wide Awakes”, a marching club organized to support Abraham Lincoln. You can even find a a “Hurrah for Lincoln” campaign torch in NMAH’s collection.

These creative torches lit the way, as paraders, including professional marchers, sang campaign songs and performed intricate routines.  Many torches were so unique that their creators patented them.  The National Museum of American History still sends out curators to collect unique campaign paraphernalia every election year. See their Division of Political History for more info. Want more scary fun this month? No, we’re not talking about election coverage, we mean Pagefrights.org,  a collection of great Halloween-related items. You can also search #pagefrights across social media platforms. Happy Haunting!