‘The whole man at once:’ scientific identities at the Dibner Library — Edward Jenner 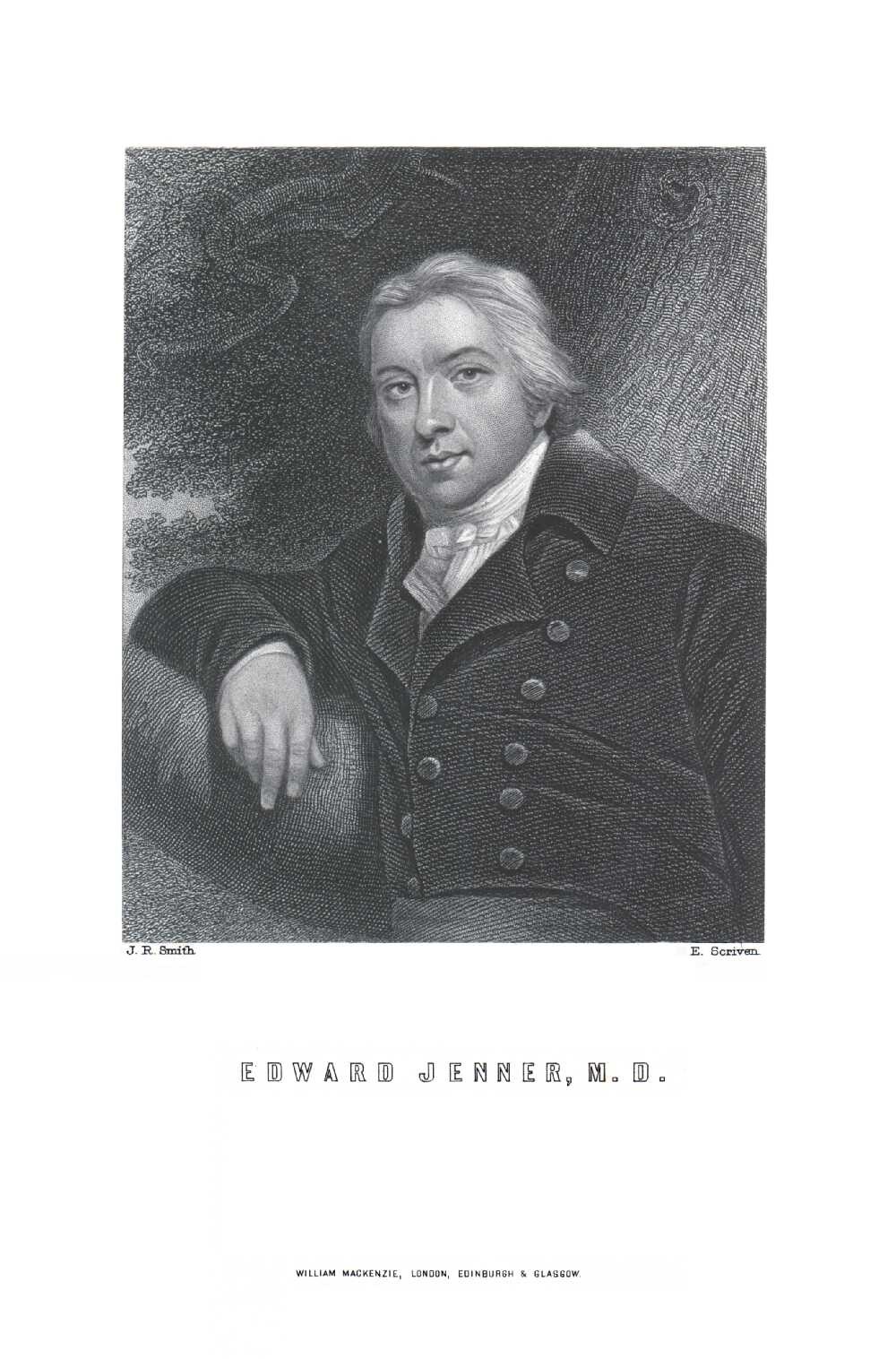 “George Sarton, a founder of the history of science as an academic discipline, argued that scholars should pay close attention to portraits. These images, he said, can give you ‘the whole man at once.’ With a ‘great portrait,’ Sarton believed, ‘you are given immediately some fundamental knowledge of him, which even the longest descriptions and discussions would fail to evoke.’ Sarton’s ideas led Bern Dibner to purchase portrait prints of men and women of science and technology. Many of these are now in the Smithsonian’s Dibner Library of the History of Science and Technology.”

A picture may tell 1000 words, but another 500 for context can add depth to the image. Follow this blog series to discover the people behind the portraits available online in the Scientific Identity collection. 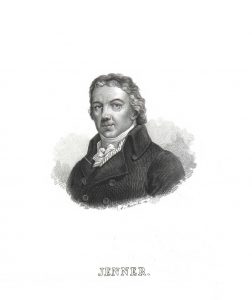 The two portraits of Edward Jenner collected by Bern Dibner betray little of the spectacular impact of Jenner’s work. Seated with no adornment, Jenner’s real-life modesty permeates the portraits in which he looks every bit the country doctor he was.

At 24, having served two apprenticeships in surgery, Jenner returned to his village of Berkeley in Gloucester, England in 1773 to begin what would become a successful family doctor and surgery practice. He formed a medical society that would meet in the parlour of the local Fleece Inn, reading and writing papers on various medical subjects. As a country doctor many of his patients had frequent contact with livestock. It was during those visits that Jenner developed his hypothesis that would change the world. 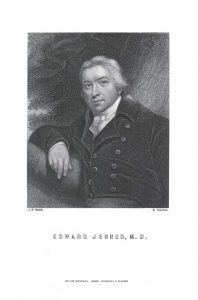 Jenner himself wasn’t yet born when variolation, the first type of immunization against smallpox, was initially developed. First used in China and the Middle East, variolation was the process by which smallpox scabs or fluids were used to infect superficial scratches in the skin.  This infection was intended to provoke a less severe reaction than naturally-occurring smallpox. Jenner’s great contribution to medicine was the fact that he proved immunity to smallpox could be achieved using cowpox, a disease far less dangerous than smallpox.

Jenner was not the first to test a cowpox vaccine on humans, though his experiments were the first to be widely understood. Having witnessed that milkmaids were more likely to be immune to smallpox than those without frequent contact with cows, Jenner hypothesized that the cowpox blisters (a symptom of a disease similar to smallpox but far less deadly) contracted by the milkmaids caused the immunity.  As these were the days prior to ethics boards regulating experiments on humans, on the 14th of May, 1796, Jenner tested his theory by scraping pus from milkmaid Sarah Nelmes’ blistered hands and inoculated James Phipps, his gardener’s eight year old son. Luckily for young James, he survived the resulting fever and the several subsequent variolous (smallpox) injections.

Despite the success with James Phipps and 23 other subjects, Jenner’s new immunization method was a source of much controversy. Claiming that this treatment would protect patients for life was unbelievable for many, and cows as the source of this immunity was further ridiculed. Nonetheless he was soon commended for his extraordinary contribution to the welfare of humankind. He was granted 10,000 pounds by Parliament for his work on the vaccine in 1802 and then granted a further 20,000 pounds in 1807. The vaccine reached Europe swiftly, and sea voyages brought it to the Americas and Asia. Napoleon had all his troops vaccinated, and even released English prisoners at Jenner’s behest, remarking, according to the Notes and Records of the Royal Society of London (1952), that he could not “refuse anything to one of the greatest benefactors of mankind.”

In addition to Jenner’s portrait, Bern Dibner also collected a first edition of Jenner’s An Inquiry into the Causes and Effects of the Variolae Vaccinae (1798), the text describing his new method of immunization, now part of the Dibner Library at the Smithsonian. It was recently conserved in 2013 by the Smithsonian Libraries’ Book Conservation Lab Conservator, Katie Wagner. Thanks to Katie’s conservation work the book is back in good shape and can be handled by researchers.  The book was in poor condition, with exposure to water at some point in its long life causing mold and the deterioration of the text block’s sewing. Katie’s first task was to address the mold by freezing and dry cleaning the book. She then dismantled the text block and washed the pages in de-ionized water. The color plates could not be washed but were humidified over a de-ionized water bath and then flattened on a suction table. Katie then made paper repairs as needed to areas of loss caused by the mold and sewed the pages and plates together to be re-cased into the original binding. For more detail on the conservation of Jenner’s first edition, check out Katie’s blog post.

To see this book for yourself, make an appointment at the Dibner Library or click here for a digital copy via Google Books!