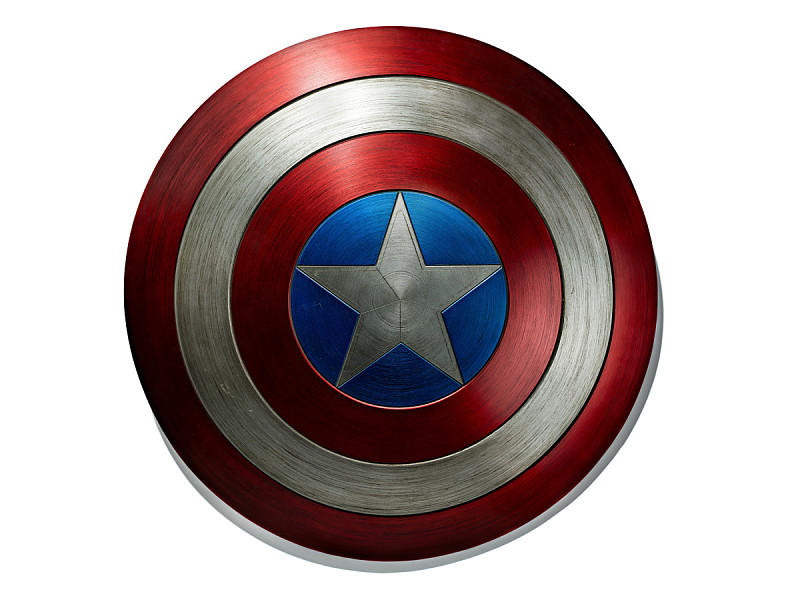 While the Smithsonian is referenced all the time in popular media, nothing goes hand-in-hand with the world’s largest museum complex quite like the world’s largest film franchise: the Marvel Cinematic Universe (MCU). In that fictional world, the Avengers and the Smithsonian have had a somewhat rocky relationship, including a heist by Captain America to steal his old uniform from the National Air and Space Museum. The inclusion of the Smithsonian in the MCU has led to many questions for Smithsonian staff, most prominently, “Why is the Captain America exhibit in the MCU in the National Air and Space Museum and not the National Museum of *American* History?”

This question is from Jason Henderson, a librarian at Langston University in Oklahoma:

I was watching the Disney+ Marvel show The Falcon and the Winter Soldier.

In this show, Captain America’s shield was specifically donated to (a fictional version of) the Smithsonian.

In the narrative, the shield was donated by a private citizen, with the understanding it would be part of the permanent display.

The shield however might technically be considered property of the US government, was removed from the exhibit and was issued as military equipment.

I know this is a fictionalized event, however as a librarian, it made me wonder about the real Smithsonian policy concerning these types of donations.

To answer Jason’s specific question, the handling of collections, including accountability and ownership, are governed by “Smithsonian Directives” (SDs) which outline policy and practice for the entire institution. Specifically, SD-600 covers items in the National Collections, like the shield would be.

SD-600 requires that the Smithsonian establish legal title to any item to be acquired for the collections with accompanying evidence, such as provenance information, permits, export/import licenses, and intellectual property transfer agreements where applicable. Such evidence would prove conclusively that an item wasn’t, for example, already owned by another department of the US government (i.e. S.W.O.R.D. in the case of Falcon and the Winter Soldier) and subject to repossession by that entity.

In the case of Captain America’s Shield, provenance is key. The Shield given to Sam Wilson in Avengers: Endgame was brought back to the standard MCU timeline by Steve Rogers from an alternate universe. Clearly, since federal jurisdiction does not extend throughout the multiverse, this particular Shield was the personal possession of Steve Rogers, who gifted it to Sam Wilson, who gifted it to the Smithsonian.

Now that legal title has been established, there is a question of the consequences of deaccessioning (that is, removing from the collections) the donated Shield. Section 3 of SD 600 sets policy for Deaccessioning and Disposal of Collections items based on the estimated value of the particular object. In Age of Ultron, Ultron purchases about 500 lbs of the fictional metal vibranium for $1,840,561,245 from the supervillian Klaw. While Captain America’s shield would have obvious and intangible historical value and is not made purely of vibranium, one can fairly estimate its scrap value by weight (12 lbs according to Marvel) at $44,173,470. Therefore, specifically, Section 3, Subsection b(2)(c) on policy would apply, saying:

more than $500,000, the collecting unit must obtain two written, independent appraisals or informed estimates of fair market value and approval of the deaccession and disposal from the Office of the General Counsel, the appropriate Under Secretary or Director – International Art Museums Division, the Secretary, and the Board of Regents.

Policy also states that the Secretary must report on the disposal of items to the Board of Regents, which would be quite an interesting meeting to be a fly on the wall for.

But, in all this policy, there is an important tidbit that shouldn’t be forgotten: there is a REAL Captain America Shield in the Smithsonian, the one wielded by Chris Evans in Captain America: The Winter Soldier. And where is that piece of real world history? Not in the National Air and Space Museum. You guessed it, it’s in the Smithsonian’s National Museum of American History.