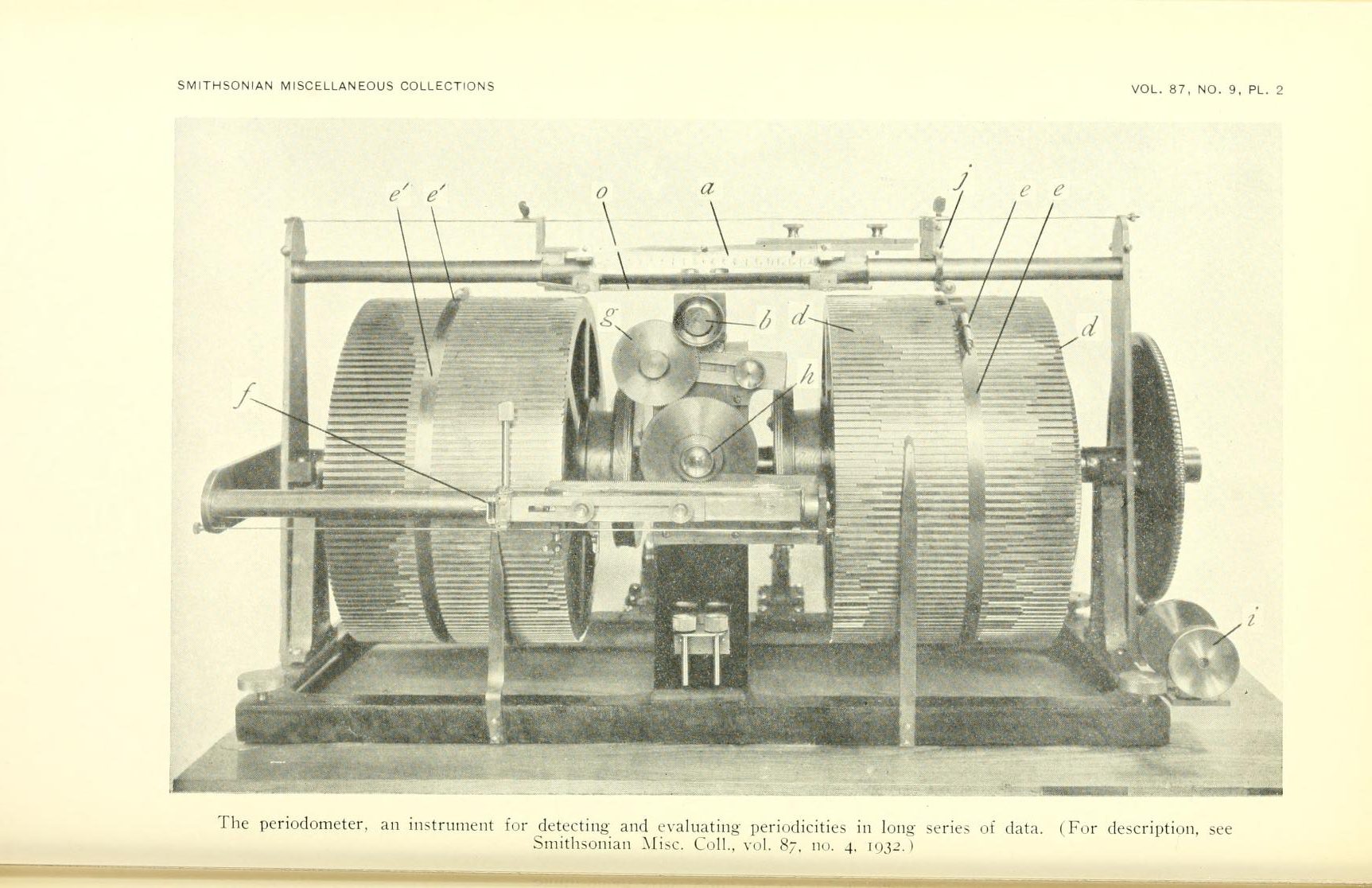 Some of the earliest women in science at the Smithsonian Institution worked for the Smithsonian Astrophysical Observatory (SAO). These women, often called computers, contributed immensely to SAO’s research by performing mathematical calculations on solar observations collected around the world. Through their mathematical prowess, these women greatly contributed to solar research.

The earliest women computers worked with the astrophysicist Charles G. Abbot, fifth Smithsonian Secretary and director of SAO. Abbot adamantly believed variation in solar radiation caused the weather. Under this theory, Abbot thought trends in solar radiation could be used for long-term forecasting. Women computers contributed to the mathematical analysis to prove his theories. However, many scientists historically disputed SAO’s solar research and today, Abbot’s theories are considered mostly erroneous. Despite this, the work of these women still contributed to astrophysicists’ understanding of solar radiation.

In 1906, SAO hired the first woman computer, Florence A. Graves’ (1872-1938). Graves’ career with the Smithsonian Institution is detailed in volumes 2-5 of the Annals of the Astrophysical Observatory of the Smithsonian Institution, yearly reports on the research and personnel of SAO. Graves is credited by Abbot for her work reducing solar observations from the Mount Wilson Observatory. Her computations specifically aided in research about the sun’s energy spectrum and temperature. Volumes 3 and 4 of the annals included her calculations. World War II put a year-long pause in Grave’s career when the Smithsonian furloughed her so she could serve as a nurse in France for the Red Cross. She returned in 1919 and worked for another year before retiring in 1920.

Gladys T. Bond (1896-1951) worked for over 30 years at SAO, from 1918 until her death in 1951. As detailed in volumes 6 and 7 of the annals, her colleagues appreciated her devotion to the work and comprehension of solar research.

In 1920 Gladys married Albin Bond. At this time in the scientific field, it was unusual for married women to continue working, so much so that volume 4 of the annals noted that Bond married, “but remained in the service of the observatory”. After years of being credited in research, in 1932 she became the first woman at SAO to publish when she co-wrote “Periodicity in Solar Variation” with Charles G. Abbot. In the article, Bond and Abbot discussed their research trying to make multi-year weather forecasting using solar radiation research from the Mount Montezuma Observatory in Chile. The publication also referred to her as a statistical assistant, suggesting a promotion from previous references as an assistant computer and computer. Outside of her work, Bond participated in the Washington League of Women Voters, according to her obituary.

Another woman at SAO who contributed to solar research was Nancy Prichard (1916-2006). The Observatory hired her as a special assistant to Charles G. Abbot, from 1939 to 1942. Volume 6 and 7 of the annals reveal that, similar to Bond, she assisted with research on solar radiation’s effect on the weather. During this time, Prichard published “The Weekly Period in Washington Precipitation” with Abbot. Though Prichard’s time was short with SAO, she contributed greatly to the research and went on to live an interesting and impactful life. According to her obituary, Prichard joined the Office of Strategic Services (OSS), the predecessor to the CIA, during World War II as a civilian employee, stationed in Cairo, Egypt. Once she had moved back to Virginia, she volunteered her time with the Fairfax City Jail Ministry. In 1974, she graduated from American University with a master’s degree in criminal justice. A few years later the National Conference of Christians and Jews acknowledged her human rights work. In Virginia, Prichard also joined her local Democratic Committee and, like Gladys T. Bond, the League of Women Voters. It is unclear if Bond or Prichard ever participated in the League of the Women Voters at the same time or in the same chapter, though I still enjoy imagining Bond and Prichard discussing democracy and women’s rights while reducing solar observations during the three years they worked together.

These three women lived full lives, from contributing to our understanding of solar radiation to progressing women’s involvement in our democracy. Though there were faults with the SAO’s theories on solar research, their work and passion still impacted the Smithsonian and the larger astrophysics field.