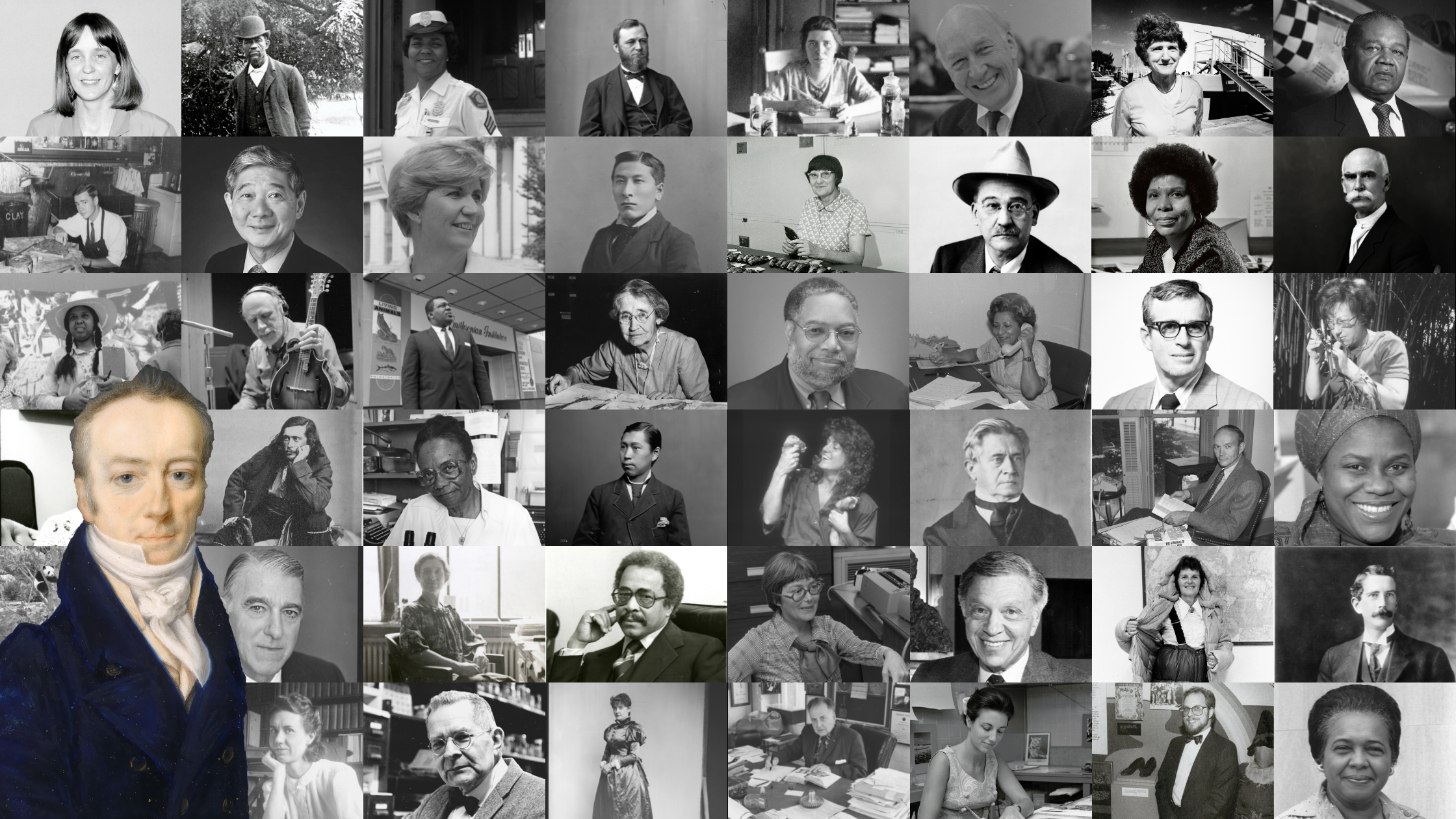 Today, on the Smithsonian’s birthday, we are pleased to celebrate the launch of a new, refreshed, and greatly expanded web exhibition, Smithson to Smithsonian.

Over the last 25 years, we have learned a lot more about our mysterious founder. In 2007, historian Heather Ewing, the lead researcher and writer of this new exhibition, published The Lost World of James Smithson: Science, Revolution, and the Birth of the Smithsonian. Based on years of research in archives across Europe and the United States, it reconstructed Smithson’s life through the diaries and correspondence of his network of scientific colleagues, friends, and family. In 2020, retired curator Steven Turner illuminated Smithson’s accomplishments in chemistry and mineralogy, taking us inside an 18th-century laboratory with his book, The Science of James Smithson: Discoveries from the Smithsonian Founder. And most recently, Archives conservator William Bennett took a deep dive into the Hungerford Deed through a new web exhibition, which builds on Ewing’s work to shed light on Smithson’s motivations for donating his fortune to a country he had never even visited.

The new iteration of Smithson to Smithsonian highlights this new research. The first three sections explore James Smithson’s early life, scientific contributions, and his bequest to found the Smithsonian. You can watch a demonstration of an 18th-century blowpipe, see the booklet Smithson used to write his extraordinary will, and learn about the origins of Smithson’s money—the 104,960 gold sovereign coins that started the Smithsonian.

The next four sections trace Smithsonian history over the decades, featuring people, objects, and major events from its founding in 1846 until 2022. Did you know the National Weather Service started as a Smithsonian project? Or that the Smithsonian initially turned down the offer of the first airplane, the Wright Flyer? And had you heard that a great fire at the Smithsonian Castle destroyed Smithson’s personal effects? Dive in to discover these stories and so much more.

Where the final two sections of the 1996 exhibition focused on the legacies of the Institution’s first two Secretaries, this new web exhibition guides visitors through Smithsonian history by featuring lesser-known groundbreakers, like Barry Hampton, a Black mail clerk who confronted discrimination and earned the role of curatorial aide, and Mary Jane Rathbun, the first woman to serve as a full-time curator at the Museum.

Today, scientists, artists, historians, and community members use the Smithsonian’s collections in so many incredible ways. Who knows what the next 25 years will bring? As we look ahead, we reflect on Smithsonian Secretary Lonnie G. Bunch III’s words on the significance of understanding our institutional history.

Only by recognizing the ways in which this Institution and its leaders both lived up to and fell short of their own standards can we become the Smithsonian of Henry’s and Ripley’s highest aspirations: a place of accessibility, of innovation, of relevance, of richness and meaning. As we reflect on 175 years of history, our great strength is our willingness to engage fully with our past, build on our achievements and evolve to meet the lofty goals we have always set for ourselves.

Join us on August 31 at 5 PM ET for a discussion with Smithsonian staff who are working to restore, highlight, and amplify cultural heritage from historically marginalized communities. This program is the second in a series related to launch of Smithson to Smithsonian. The first program, a presentation and discussion about the legacy of James Smithson with Ewing, Turner, and librarian Leslie Overstreet, is now available on our YouTube channel.

The Smithsonian Libraries and Archives is especially grateful to the Smithsonian at 175 committee for their generous support of this web exhibition.