Ringing in a New School Year 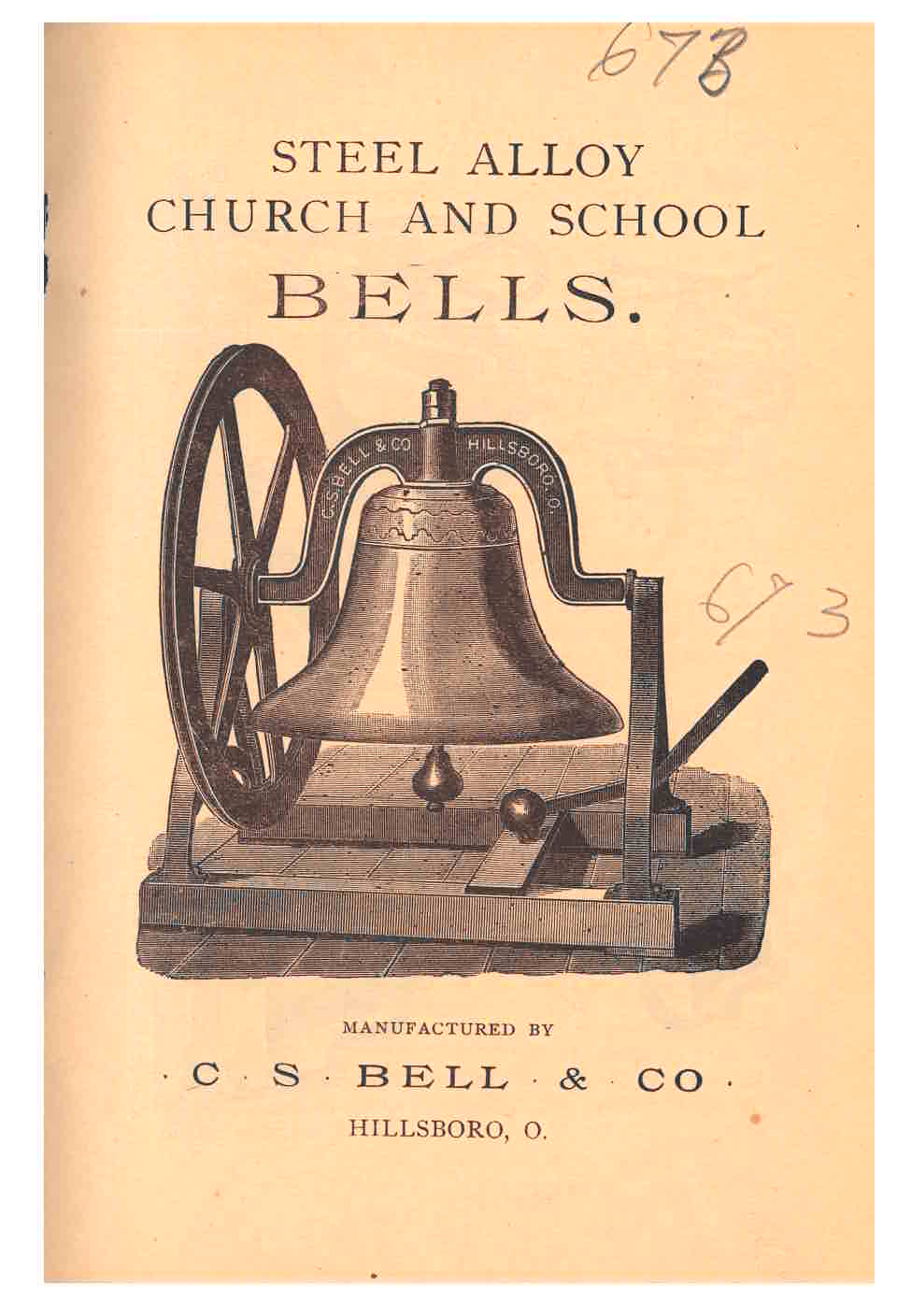 With the arrival of September, students are back in the classroom. For many students throughout the decades, the school bell has signaled the beginning or end of the school day or class period. Let’s take a trip back in time, via this trade catalog, to learn more about late 19th Century bells.

What is the purpose of the school bell? One purpose is to announce the beginning of the school day. As explained in the catalog, this was especially important in some areas because “clocks of a neighborhood or village may vary a half hour or more” meaning some students arrived late to school. In those cases, the ringing of a school bell functioned, in a way, as a clock, so that students knew exactly when to arrive at school.

The No. 26 Steel Alloy Bell was the company’s most popular school bell at the time. Just the bell, without the mountings, weighed 220 pounds, and it measured 36 inches high with a diameter of 26 inches across the mouth of the bell. Though it was recommended for schools and factories and not suitable for churches, the customer testimonials in this catalog show that some churches also used this particular bell.

Much of this catalog consists of customer testimonials, either replies to inquiries by the company or letters written voluntarily. Some testimonials, such as this one, note how many miles away the bell could be heard. Joseph Custer of Goshen, Ohio wrote in January 1883: “The No. 6 bell, 26-inch, I bought of you for District No. 12, Goshen Tp., is given up to be the best school-bell in this country. It can be heard three to four miles very distinctly. For clearness of tone, I will say, without fear of contradiction, it cannot be equaled.”

C. S. Bell & Co. changed the numbers of their bells in 1887, so the No. 6 bell, mentioned in the 1883 testimonial above, became No. 26 in 1887. This change was due to the addition of new bell sizes. The new number was more than just a number. It referred to the diameter of the bell in inches, as well.

A few more of C. S. Bell & Co.’s farm, school, and church bells are shown above. Steel Alloy Church and School Bells (circa 1891) by C. S. Bell & Co. is located in the Trade Literature Collection at the National Museum of American History Library.