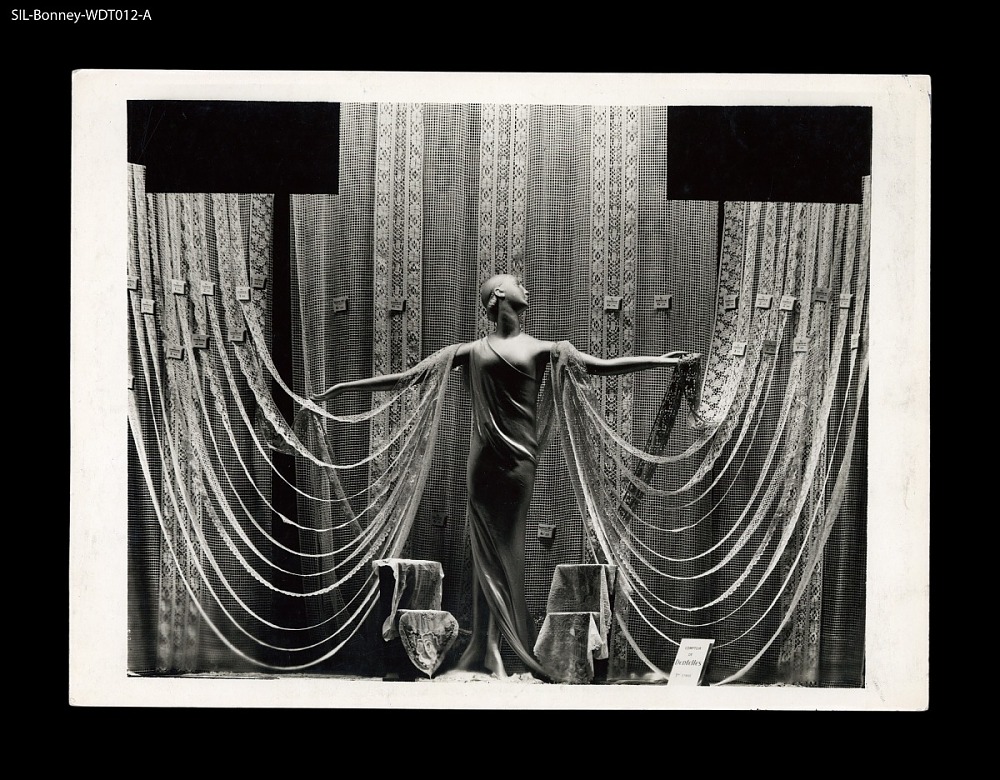 This is the seventh and final post in a series about the Art Deco resources at the Cooper Hewitt, Smithsonian Design Museum library. Each post will highlight primary resources which contain the styles and designs of the Art Deco era. These resources are divided into seven categories- world’s fair publications, interior and architecture books, trade catalogs, graphic design, pattern books, and picture files. This guide is not an exhaustive summary and these featured resources are just a portion of what awaits Art Deco enthusiasts and researchers in the Cooper Hewitt library collection. We are grateful to Jacqueline Vossler and Joseph Lundy for their generous support of this project.

Our branch at the Cooper Hewitt, Smithsonian Design Library is currently closed to visitors as of September 30, 2020. But even when geography or other limitations keep you from visiting, you can still access plenty of exciting Art Deco resources from the comfort of your own home.

Through the Smithsonian Libraries’ Image Gallery, the Cooper Hewitt Library offers access to two great Art Deco collections:  Edward F. Caldwell & Co’s lighting collection and the Thérèse Bonney Photography collection. While these online collections are not exhaustive they do give a good idea of what the library has and offer ample opportunity for non-local researchers.

Edward F. Caldwell & Co., of New York City, was the premier designer and manufacturer of electric light fixtures and decorative metalwork from the late 19th to the mid-20th centuries. Founded in 1895 by Edward F. Caldwell (1851-1914) and Victor F. von Lossberg (1853-1942), the firm’s design legacy includes custom made metal gates, lanterns, chandeliers, ceiling and wall fixtures, floor and table lamps, and other decorative objects that can still be found today in many metropolitan area churches, public buildings, offices, clubs, and residences. A majority of these buildings were built in the early 20th century, a time of tremendous growth in construction and when many cities were being electrified for the first time.

The E. F. Caldwell & Co. Collection at the Cooper Hewitt, Smithsonian Design Library contains more than 50,000 images consisting of approximately 37,000 black & white photographs and 13,000 original design drawings of lighting fixtures and other fine metal objects that the company produced from the late 19th to the mid-20th centuries. Learn more about the Caldwell & Company and search the digitized collection in Shedding Light on New York: Edward F. Caldwell & Co.

The Cooper-Hewitt Library’s collection of 4,000 Thérèse Bonney Photographs, 1925-1937 documents her personal observation of the life of Paris in the 1920s and 30s. The subjects of her photographs ranged from individual objects to interior settings to window displays to major building complexes and focused on the impact of modernism on European design. As seen here, some examples of the diversity of her interests include the interiors of the homes of artists and designers, department stores and other architecture.

Bonney captured images of decorative arts and architecture that are important visual documentation Art Deco in France as some of these subjects and structures no longer exist. Some examples of the diversity of her interests include the interiors of the homes of artists and designers, ceramics and glassware, barbershops, furniture, tapestry, lighting and gardens.  Drawing from her life in Paris and experience with decorative arts she wrote  Buying antique and modern furniture in Paris (1929) with her sister Louise.  Later, Bonney’s WWII experiences and photographs were chronicled in Europe’s children, 1939 to 1943 (1943). Thérèse Bonney was a woman on the forefront of history — in design and life in Paris of the 20’s and 30’s, and later of the battlefields.

Additional information about the Cooper Hewitt, Smithsonian Design Library’s Thérèse Bonney collection can be found in these blog posts: