Kitchen Essentials from Centuries Past 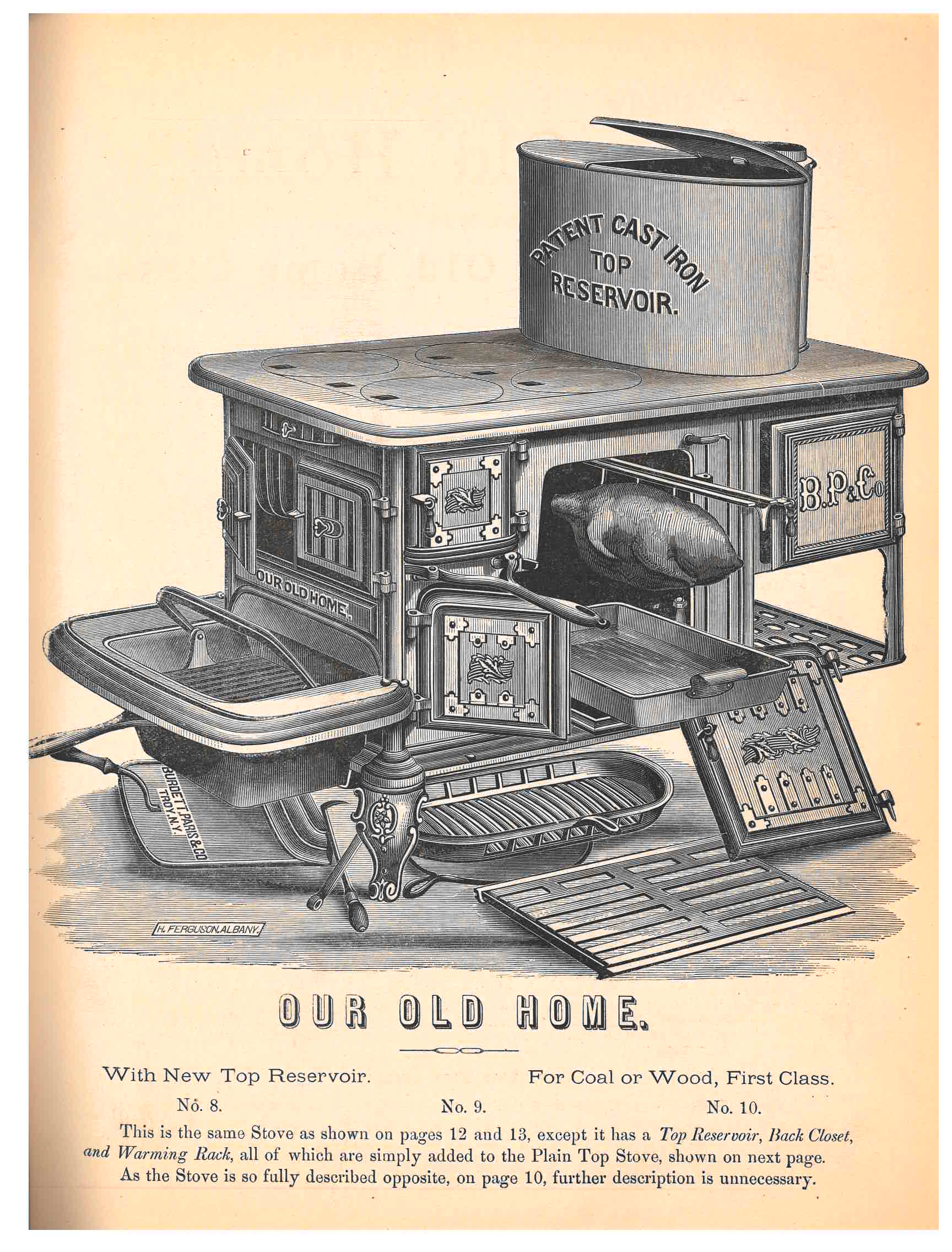 What comes to mind when you think of Thanksgiving? Family gatherings, time with friends, relaxing, traveling, or maybe a delicious meal? Those meals require work, and today we have the luxury of modern kitchen appliances. But imagine the time it took to prepare a meal in the 19th Century. This 1868 trade catalog gives us a small glimpse into possible kitchens of the past.

The trade catalog is titled Illustrated Catalogue of Stoves & Hollow Ware (1868) by Burdett, Paris & Co. Their products were manufactured at the Troy Stove Works in Troy, New York.  On the front cover, we discover a clue about the company’s history. It tells us that Burdett, Paris & Co. were successors to another company named Potter, Paris & Co.

As we turn the page, we learn more from a circular, or letter, dated January 30th, 1868. It was written by Potter, Paris & Co. The firm of Potter, Paris & Co. was dissolved at the end of 1867 at which time Mr. George C. Burdett of Burdett, Son & Co. bought “the interest of Mr. Potter.” The new company became known as Burdett, Paris & Co. and planned to continue the business “with all the facilities of the old house, having bought their Foundry, Stock and Patterns.” The letter continues by explaining that the new store would be located at 253 River Street, just a few doors away from where Potter, Paris & Co. had been located. Products were manufactured at Troy Stove Works. An image of the works is shown on the back cover of this catalog. According to that page, the foundry had been erected just a few years earlier, in the fall of 1865.

Now, having learned a little about the company, let’s explore some of their stoves.  One stove was called “Our Old Home.” Its fuel was coal or wood. It included a quite convenient feature. The roasting arrangement, shown below, made it easier for the cook to baste. Meat was suspended from a movable self-supporting rack which could be pulled out. A dripping pan, attached to a movable crane, was positioned below the rack and could also be pulled out. This allowed the cook to baste meat when it was outside of the oven. The meat could also be placed on or removed from the rack when outside of the oven.

Another stove is named the “Good-Baker.” Shown below, it included “all the real substantial and popular features of ‘Our Old Home’” but was smaller in size and less expensive. The “Good-Baker” used coal or wood for fuel.

Flipping a few pages further along, we come across a stove called the “Golden-West.” The catalog explains that it was made “for the Soft Coal of the Western States.” It was identical in size to “Our Old Home” and, as described in the catalog, “made with only a little less care and finish.” Its fuel was either soft coal, as already mentioned, or wood.

Burdett, Paris & Co. also manufactured other items such as hollow ware, tea kettles, and, as shown below, waffle irons. Another product shown below was the Dial. Described as “entirely new,” it was a combination furnace and flat-heater with covers for heating irons. It was capable of heating four irons.

As mentioned earlier, Burdett, Paris & Co. were successors to the firm of Potter, Paris & Co. The National Museum of American History Library also holds a trade catalog by Potter, Paris & Co. It is titled Catalogue of Stoves (1866), and as noted below on its front cover, it covered the years of 1866-1867.