The ABC’s of the Corcoran Artist Files: the G’s 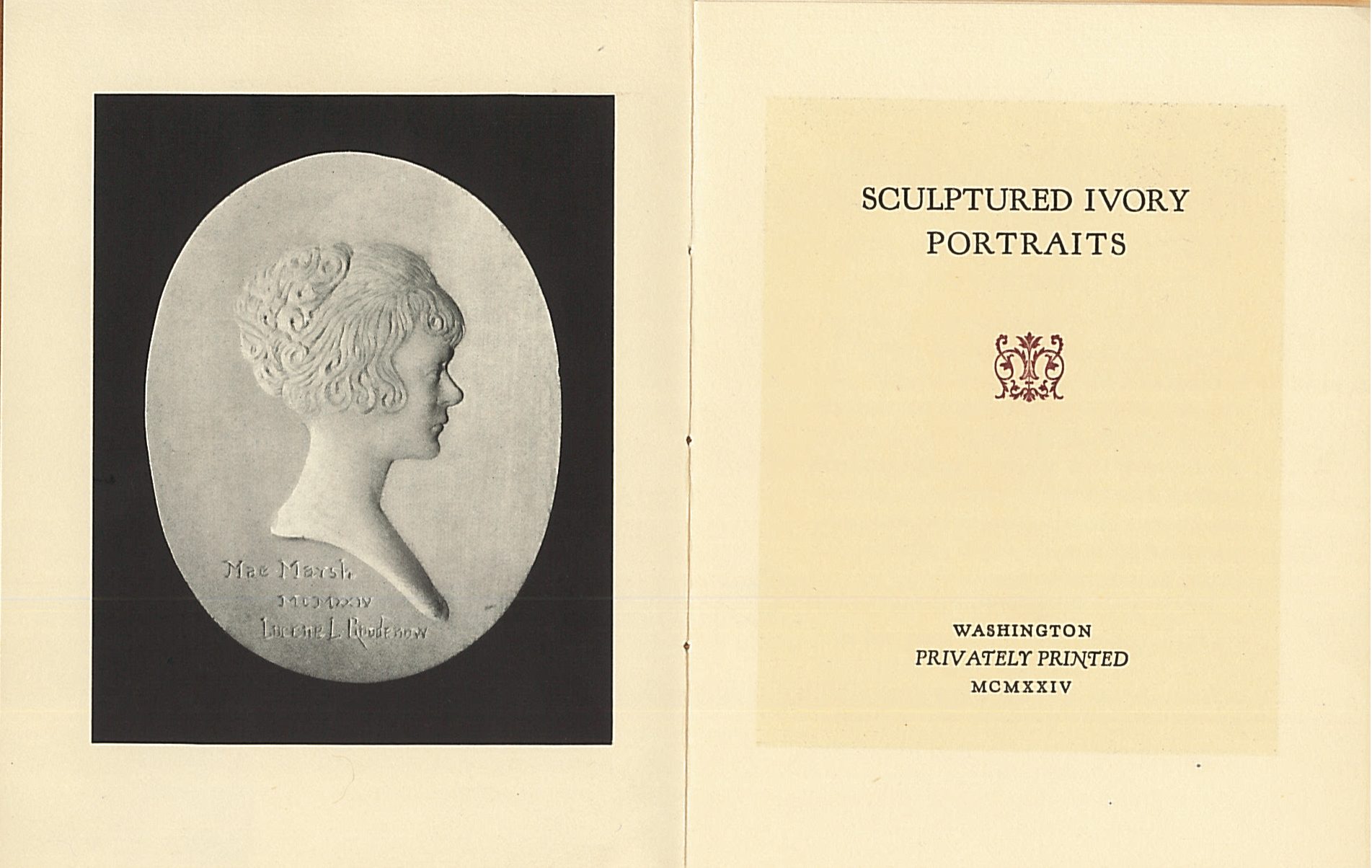 In the series called “The ABCs of the Corcoran Artist Files” the American Art and Portrait Gallery (AA/PG) Library will explore artists through the materials from the recent Corcoran Vertical File Collection donation by featuring artists whose surnames begin with that letter. This time we are looking at the artists whose last names start with G.

The best part of processing the Corcoran Vertical Files is finding materials on artists that we have very few materials on. This was the case with artist Lucene Goodenow. Goodenow was born in Kalamazoo, Michigan in 1892 and attended the Art Institute of Chicago. She was known for her small ivory portraits that served as durable family heirlooms. She continued to be active in Chicago and California for the rest of her career until her death in 1958.

The Corcoran file for Goodenow only had one item, a small pamphlet from 1924 with images of her ivory portraits as well as small snippets of newspaper articles about her work. When researching Goodenow, it becomes apparent that she was known largely for her marriage in 1910 to Japanese-American portrait artist Kyohei Inukai, whom she met at the Art Institute of Chicago. The couple faced opposition from family members and the state of Illinois. It became a public affair covered by newspapers around the nation. Unfortunately, their marriage was short lived and they separated 4 years later. Her divorce and subsequent marriage also created issues in researching Goodenow as she was referred to by several different names including “Lucene Leonette Goodenow,” “Lucene Goodenow Taliaferro,” and “Lucene Taliaferro.” This can cause confusion for researchers, making it difficult to verify that all of these names belonged to the same person.

Pamphlets like the one in Goodenow’s Corcoran File give helpful clues to track the progression of name changes as well as where artists were located and when. For instance, in this pamphlet the date of 1924 was listed on the title page as the year that the pamphlet was produced. Also her name printed only as “Lucene Goodenow” throughout the small publication. Furthermore, hidden in the very back of the pamphlet is the address of her studio in Chicago. These clues can lead us to assume that she was based in Chicago in 1924 and that she liked to be professionally known as “Lucene Goodenow” at the time.

Another exciting type of surprise to discover while processing the Corcoran Files is finding personal notes written by artists on the ephemera. Often these notes are addressed to specific members of the Corcoran staff. These notes provide insight into the relationships between artists and those who worked with them in galleries and museums. We were happy to find such an item in the file for painter Iqbal Geoffrey.

Geoffrey was born 1939 in what was then India but is now Pakistan. He is known for his abstract paintings and mixed media works that included symbols and calligraphic techniques as well as his efforts to challenge the contemporary art scene. Geoffrey began creating art at an early age and continued through his young adult life even as he attended universities in Pakistan to become a lawyer. Soon after passing the bar in Pakistan in 1960, Geoffrey moved to London where he became determined to be a professional artist and started to exhibit his works. In 1962 he moved to the United States where he continued to exhibit but also began to teach. Through his career he has traveled and exhibited around the globe.

In Geoffrey’s Corcoran file there was an inscription on the inside of a pamphlet for his 1966 show “In Search of an Ideal Landscape” at the Ward-Nasse Gallery in Boston. The inscription reads “With everlasting gratitude and best compliment to Jim Harithas” signed “Iqbal”. At the time James Harithas was a fairly new curator at the Corcoran (he started there in 1965 and eventually served as the director from 1968-1969) and Geoffrey probably interacted with him in similar art circles. Exhibition invitations were and are still sent frequently to the curators of museums by artists to promote their work and network.

Artists on display for the G’s of the Corcoran are: