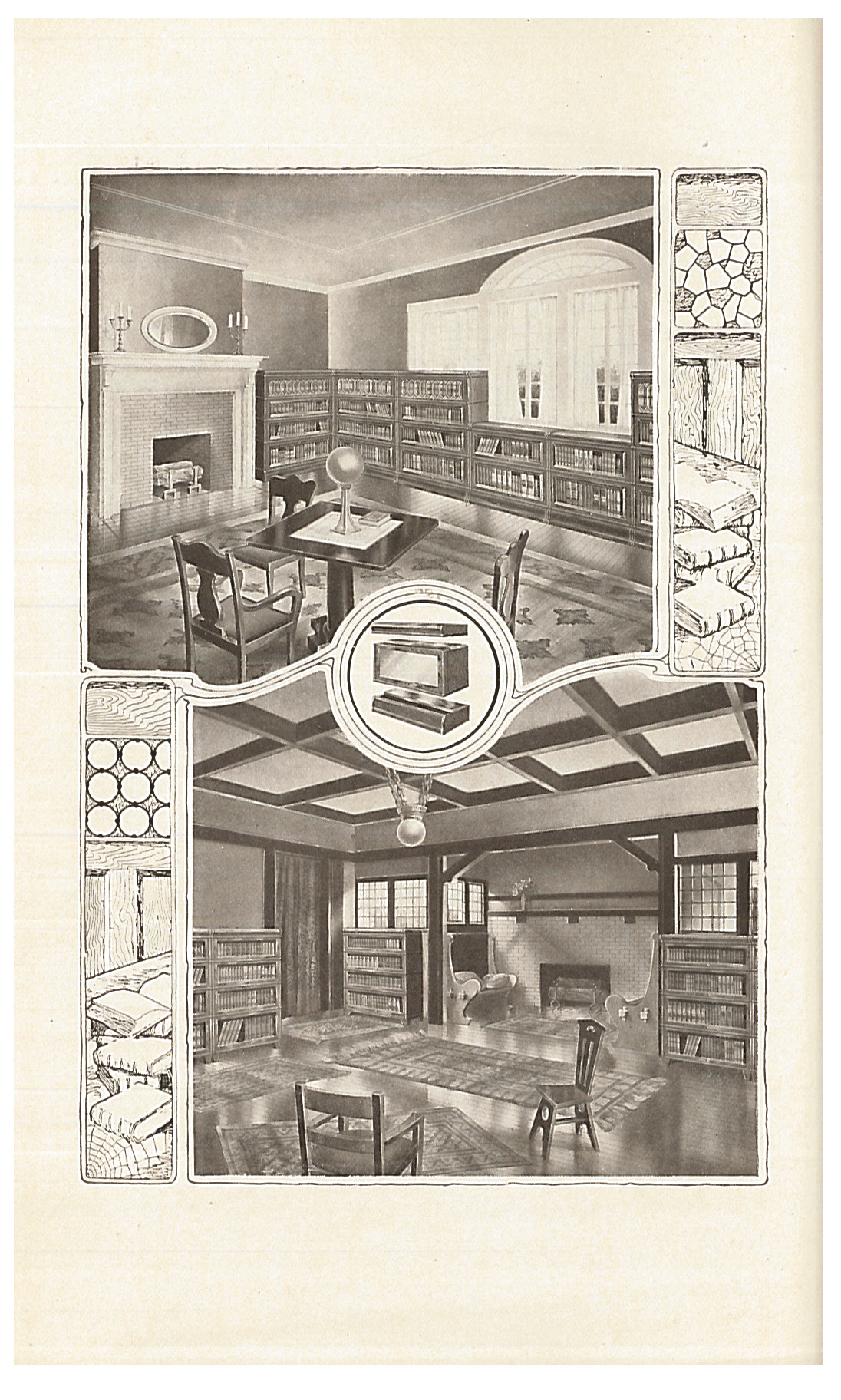 Have you ever designed a library space? Whether a home, public, or academic library, they all need a suitable arrangement of bookcases to make use of space in the best possible way. Here are a few ideas for bookcases that a 1907 library designer might have considered.

These “elastic” or sectional bookcases were made of wood. The front and sides were constructed of white oak or mahogany while the back and bottom were made of three-ply wood. Individual shelf units of regular length measured 34 inches, but other lengths were available if needed. Each shelf unit was stacked on top of each other to create a taller bookcase unit consisting of two or more shelves.

If a library needed to work around an obstruction such as a window, like in the image below, bookcase units of varying heights could be constructed. In this illustration, the bookcase unit directly below the window is two shelves high while the bookcases on either side of it have three shelves.

Once several bookcase units of three or more shelves were created and ready to be placed side by side, the metal Interlocking Strip, illustrated below, was used to align and connect them.

Each individual shelf was fitted with a glass door that swung up and then back. Space is valuable in a library, but according to this catalog, the door did not take up space for the books. It also did not make noise when opened. Each was fitted with the Globe-Wernicke Door Equalizer to control the movement of opening and closing.

The glass doors were available in several styles depending on whether the bookcase was Standard Style, Mission Style, or Ideal Style. Standard Style bookcases had two options for glass doors, either plain glass or single diamond pattern, shown below along with the types of glass for Mission and Ideal Styles.

The catalog also includes desks and even combination desk and bookcase units that might have been useful in doctor or law offices. Some units included cupboards as well. For Music Libraries, the company offered Sheet Music Units consisting of drawers to store the sheet music.

Globe-Wernicke “Elastic” Bookcases Catalogue No. 107 Revised Edition (1907) and other trade catalogs by Globe-Wernicke Co. are located in the Trade Literature Collection at the National Museum of American History Library. Are you interested in more library furniture? Perhaps circulation desks or card catalogs? Take a look at this post highlighting library furniture from 1918.