A Uniquely Shaped Trade Catalog with a Story 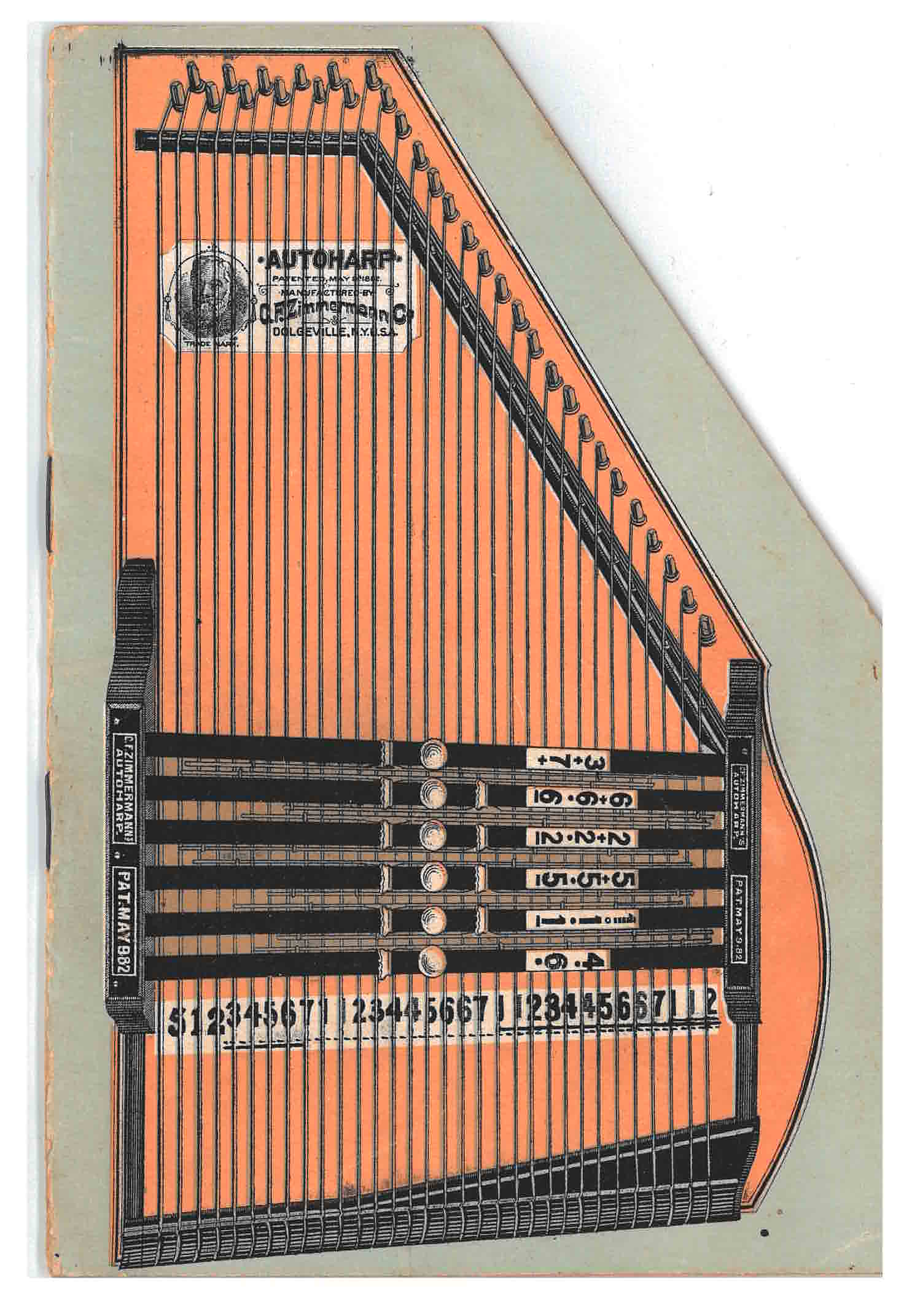 Searching the Trade Literature Collection for music related material will likely result in many records. This being the Smithsonian Year of Music, I decided to browse those trade catalogs. One in particular caught my attention. Why? Because of its shape.

The way in which products are advertised in the catalog is also unique. It tells a story — a story of how one visit to a music shop leads to another visit and so on until several family members have their own autoharps. Throughout the story, descriptions and illustrations of the autoharps manufactured by C. F. Zimmermann Co. are included.

The story begins with a musician visiting a music store. He asks about some sheet music written in numbers that he finds laying on the counter and learns that it is figure music for the autoharp. The music dealer proceeds to show him the No. 1 Autoharp consisting of “21 strings and 3 bars or padded mutes over the strings” with the ability to produce three chords: C Major, G Seventh, and F Major.

The musician decides to buy the autoharp for his youngest daughter and teaches her how to play it by pressing the bars and sweeping the pick across the strings. She learns rather quickly.

This leads to another daughter asking for her own autoharp, so the father goes back to the music shop. He finds out that his son had also been to the store and bought the No. 4 Autoharp, shown below. It had 28 strings and 5 bars and produced 11 chords.

Next, the oldest daughter, also a musician, visits the music store and selects Autoharp No. 6, shown below, with 32 strings and 6 bars capable of producing 16 chords. In the catalog, it is described as “the most complete instrument of its kind made.” The story ends with the father meeting the music store dealer yet again. He shares the satisfaction his family has found with their new instruments, and in the course of that conversation more information about the autoharp is provided to the reader.

Typically, trade catalogs include descriptions of products along with images but what makes this one a bit different is that it tells a story as well. Each time the dealer meets a character, a new autoharp is described along with an illustration.

Autoharp and How It Captured the Family (Circa Pre-1900) and other trade catalogs by C. F. Zimmermann Co. are located in the Trade Literature Collection at the National Museum of American History Library. Interested in other music related trade catalogs? Take a look at this post about harmonica displays and mandolins from C. Bruno & Son, Inc. and another post about Lyon & Healy harps.