The ABC’S of the Corcoran Artist Files: the J’s 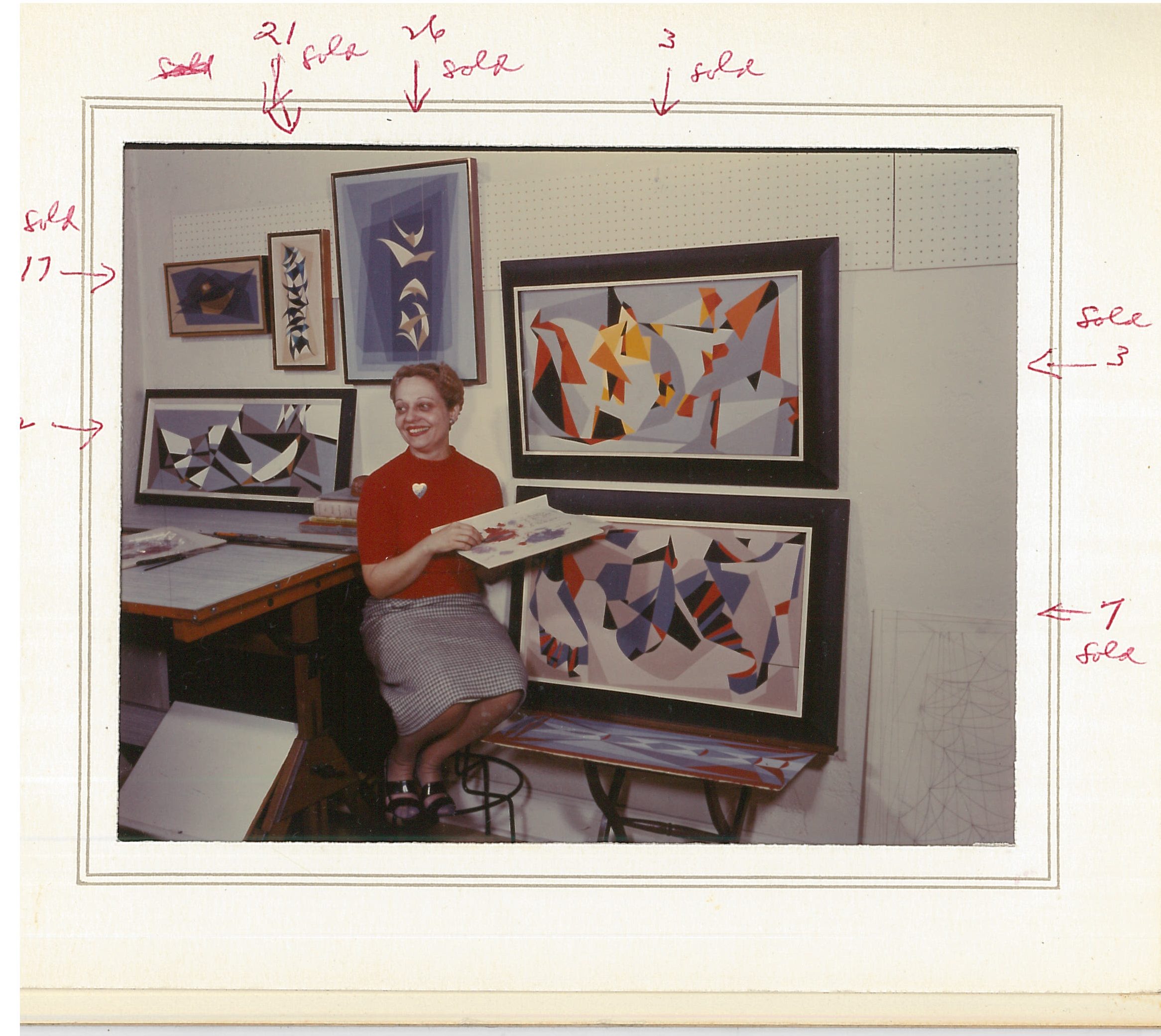 In the series called “The ABCs of the Corcoran Artist Files” the American Art and Portrait Gallery (AA/PG) Library will explore artists through the materials from the recent Corcoran Vertical File Collection donation by featuring artists whose surnames begin with that letter. This time we are looking at the artists whose last names that start with J.

We are back with another entry of the ABCs of the Corcoran! This month we have some great files with rich materials on artists with strong ties to the Washington, D.C. area.

When looking through the Corcoran Artist File for Garnet Jex, it’s hard to miss the small, aged cards with handwritten notes on them. Jex, originally from Kent, Ohio, spent almost the entirety of his life in Washington D.C., arriving when he was just 4 years old in 1899. After serving in the U.S. Army during WWI as a medical illustrator, Jex began his formal art education at the Corcoran School of Art. He eventually attended the Pennsylvania Academy of Fine Art and George Washington University where he received his BA and MA. Jex held many jobs and positions as an artist in D.C. He was the art editor of Nature Magazine, painted murals and illustrations for government agencies (including the Smithsonian!), worked as a designer and artist for the U.S. Public Health Service, and was the director of graphics for the U.S. Bureau of State Services. On top of these jobs, he was an enthusiastic member of the Arts Club of Washington, taught landscape painting classes, and was avid Civil War historian. The subjects and locations of his works reflected his identity as a longtime Washingtonian, particularly his landscapes of the city and his photographic works that documented the redevelopment of Southwest D.C. during the early 1960s. Jex passed away in 1979.[i]

The cards found in Jex’s file were curious, since there was no label to indicate what purpose they served. After researching his diverse and substantial career in D.C., I initially supposed that Jex may have been a teacher at the Corcoran later in his career. However, we were able to conclude that they were records of the classes Jex himself had taken at the Corcoran as a student. On the front there is a table of months and the titles of classes where he could note how many and what classes he took. The back of the card included his name, address, date, and the amount paid for the classes. The date noted on the cards correspond with the years that he had returned from military service and began his art education. A small penciled “s” on the bottom left corner most likely also stands for “student.” This gives an insight into what classes were provided and how the Corcoran School of Art managed their students and faculty.

The Smithsonian American Art Museum has a painting by Jex of an aerial view of the Smithsonian and the National Portrait Gallery holds some charcoal portraits produced by Jex.

Mae Jurow’s file was also immediately noticeable as it was full of photos adhered to black paper from what was most likely a photo album. These photos, however, are more than just images of her paintings, they also showed years of her career and the places where she worked and studied.

Mae Jurow was originally from Brooklyn, NY. Supposedly, her love of art started during her honeymoon in Paris. After moving to Washington, D.C. in the 1940s, Jurow chose to begin her art career at the Corcoran. Drawn to Picasso, Jurow produced “geometric abstract canvases” that quickly gained notoriety at the Corcoran. She won an award as the best first-year student, she was the first recipient of the John Nolan Ronsheim Memorial Award at the Corcoran, and she was included in many exhibitions at the Corcoran as well. It is no surprise that in 1994 Jurow eventually funded a scholarship for sophomore Corcoran students (among many other philanthropic endeavors that she and her husband established). Jurow passed away in 2004 at the age of 97.[ii]

Some of the earliest photos included in Jurow’s file contain images of not only Jurow painting at the Corcoran in 1946, but her classmates as well. We are lucky that many of the students and instructors in the photos were identified by Jurow in pencil on the back of the photo or the paper it was adhered to. This is of course valuable for any potential research about the Corcoran classes during that time and an overall great practice for personal archiving. There are also color photos of an older Jurow as she continued to paint into her later years. This collection of photos allows us to glance into a typical Corcoran class during the mid-1940s.

Artists on display in the American Art/Portrait Gallery Library for the J’s of the Corcoran are:

Explore other artists in this series: