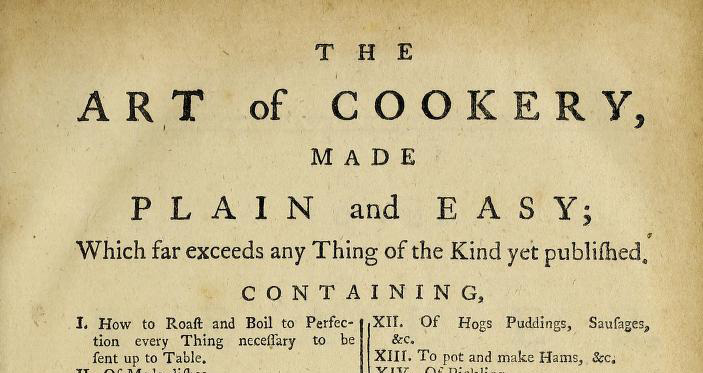 The holiday season has kitchens humming around the world, whether it’s churning out a favorite cookie recipe or prepping a celebratory meal with loved ones. In the 1700s, kitchens in England regularly consulted Hannah Glasse’s The Art of Cookery Made Plain and Easy for tried-and-true recipes. Among Glasse’s readers was a food lover near and dear to our hearts: Smithsonian founder James Smithson. Whether he knew it or not, Smithson had a bit in common with Glasse. Both were the illegitimate children of privileged Northumberland fathers, and each would leave a lasting cultural legacy.

Smithson’s copy of The Art of Cookery Made Plain and Easy can be found in our Joseph F. Cullman 3rd Natural History Library. This edition, printed in 1770, is one of 124 titles from Smithson’s private book collection which came to the Institution with his personal belongings. Our copy contains several notes in Smithson’s own hand. Of special interest to us is the list of recipes noted on the back pastedown, such as “Scotch Collops”, which may have been Smithson’s favorites.

When it was first published in 1747, The Art of Cookery Made Plain and Easy was not originally attributed to Glasse but rather simply to “a Lady”.  What set Glasse’s work apart from other “cookery” books of the time was the intended audience. Glasse hoped to reach cooks of the “lower sort” not well-trained chefs in grand houses.  She purposely avoids instruction in the “high polite style” and eschews contemporary French terms in favor of more recognizable phrases, like “little pieces of bacon” instead of “lardoons”, with an emphasis on practicality and frugality.

Though many of the recipes were first printed in other sources, Glasse’s work is notable for compiling so many recipe options and methods, and in some cases simplifying instruction. According to Anne Willen’s account in Great cooks and their recipes, Glasse’s book became one of the most successful publications of the 18th century – reproduced in over 20 editions by 1800. But despite the book’s popularity, Glasse filed for bankruptcy in 1754. She did write at least two additional books, but little is known about the end of her life. She died in 1770.

Thanks to our Adopt-a-Book program and generous donor John H. Dick, our copy of The Art of Cookery Made Plain and Easy has received conservation treatment, been fully digitized, and is available online. Senior book conservator Katie Wagner describes the book and her experience working with it in this YouTube video:

Flipping the digital pages will leave you absolutely in awe of not only the time and effort that went into an average Georgian-era meal but also the odd preparations and food pairings that might confuse a modern palate. Eels, rabbits, and pigeons were popular sources of protein. And from oysters to walnuts, there were few foods that Georgian Era cooks were afraid to pickle. Glasse’s 1747 edition is thought to contain the first published recipe for curry written in English, previously highlighted on the blog by Daria Wingreen. Daria also experimented with Glasse’s gingerbread (cookies), which might have been a favorite of James Smithson himself.

‘Tis the season to fire up the stove and oven, so we couldn’t resist sharing this vintage cookbook without giving a new recipe a try. Here is a tasty recipe for “apple frazes” from The Art of Cookery Made Plain and Easy. Frazes are a sort of eggy pancake – perfect for your holiday brunch. The ingredient “sack” refers to a fortified wine, which is similar to sherry. While Glasse recommends topping them with sugar, our testers (aged 9 and 12) preferred dousing them in maple syrup. They would also pair well with a cup of coffee brewed using James Smithson’s own “improved method”. 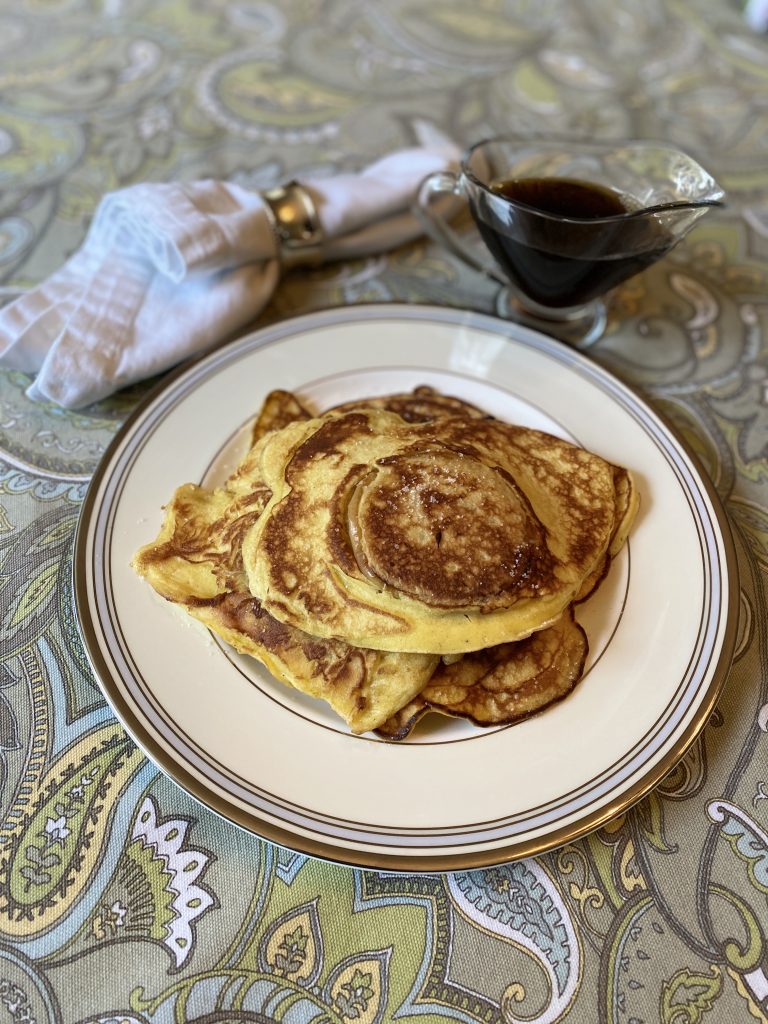